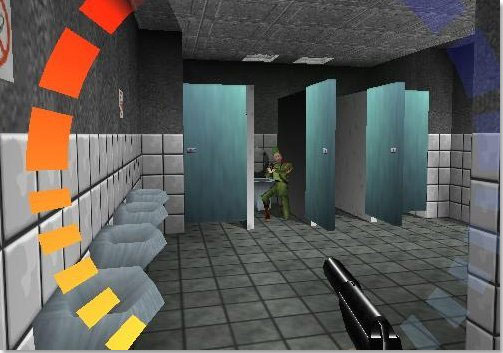 While Wii prototype Winter didn’t quite work out for Orlando, Florida-based developer n-Space, we were able to confirm last April that the studio was still involved in Wii development via their Art Director, Chris Bromby’s resumé, on LinkedIn. The resumé stated that Mr. Bromby was responsible for the look, feel and quality of “an exciting new Wii title scheduled for a Q4 2010 release.”

According to Eurogamer, this game could be GoldenEye, based on the 007 movie, which first saw a videogame adaptation on the Nintendo 64, developed by Rare. According to Eurogamer’s unnamed source, the game is to be revealed by publisher Activision at E3, and is being developed in collaboration by Eurocom (Dead Space: Extraction) and n-Space. Lending credence to the rumour is an Activision survey, spotted earlier in the week, questioning gamers about a potential GoldenEye remake. Furthermore, the publisher even registered a website domain for goldeneyegame.com back in April.

Now, let’s just hope copyright issues don’t get in the way of modeling Bond after Pierce Brosnan. Oh, and the song.