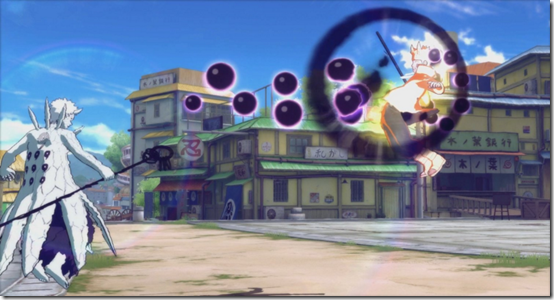 Naruto Shippuden: Ultimate Ninja Storm 4 provides quite a few different online play modes to choose from. There’s the expected ranked battles and free battles. Ranked battles have set rules and let you move up the leaderboards and free battles let you set your own rules for your match (how many players, items, private or not, etc.). Proficient players will be pleased to see more dedicated modes such as League, Tournament and Endless. League is a “round robin” style tournament for four players, so each player will eventually play against each other. Tournament is similar to free battle in that you can define the settings of your match ups before you go in and Endless is basically a winner stays on mode. Finally there’s also a menu option to quickly find any matches anyone on your friends list is currently participating in.

Online matches played fine, no issues or lag and it felt very much the same as the single player experience, even with all the flashy special moves. Finding a suitable match to play against was a bit more problematic, particularly with ranked matches. Using the quick search for ranked often threw me against someone a higher rank than me which isn’t much fun for either party, though you’re given the chance to confirm you want to play against whoever you’re matched up against. There’s an option to narrow down your search parameters, so you can play someone the same rank or stronger as well as if you want to play with those in your local region or search worldwide. If for whatever reason, a search fails you’re chucked back out to the menus where I would have preferred to go back to my most recent search. 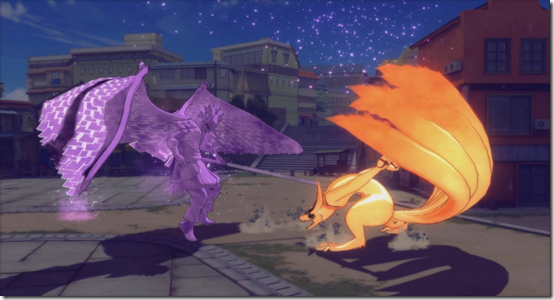 You can do a lot to customise your online presence and overall experience. When you’re matched up against another player, you’re first shown that players card. You’re able to change the colour, the picture, the tagline and you can even add a voice clip as well. These can be unlocked in a variety of ways such as buying them from the store with the in-game currencies and items you earn from matches, as well as earning them in the other modes. Accessing the online mode everyday also gives you a bonus in your bingo book, giving you an item everyday with an extra bonus on the eighth day.

If you have a favourite team to take into battle, you can set that team as a preset so it’s quickly accessible and you don’t have flick through the huge character roster every time you enter a match. When there’s so many characters to choose from, you can feel a bit lost on who to team up with but UNS4 makes this a surprisingly easy task. Pick any character and you’re given an automatic suggestion of who to team that character with so you’ll be able to make use of any linked abilities. Given you can now swap characters while battling, it also gives you more opportunity to play as some of the overlooked members of the cast.

While the overall highlight of Naruto Shippuden: Ultimate Ninja Storm 4 is its story mode, CyberConnect2 have put a lot of effort into making sure players can have the same flashy battles online that they can offline. While the most important part of online play, the actual battle are fine but a few small tweaks would make the lobby experience a bit more streamlined.