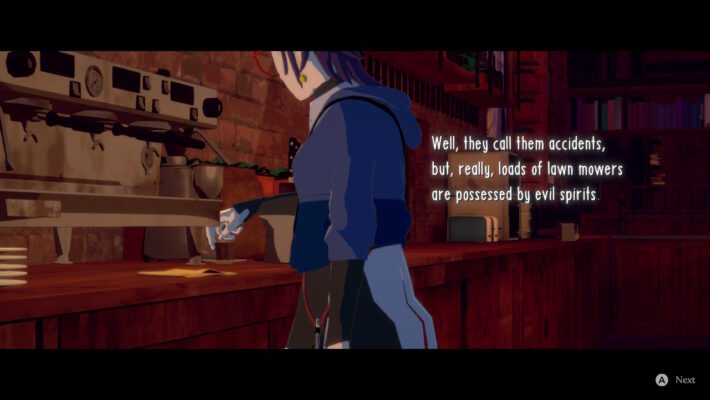 When Necrobarista was first announced, I wanted to play it immediately because 1) coffee and 2) a coffee shop that serves the dead. Since it’s a visual novel, I thought it would release on the Switch, aka what I consider the best platform for all things visual novel. But alas, it was PC-only. Thankfully, Route 59 apparently heard my temper tantrum all the way down under, and the developer served up Necrobarista: Final Pour. Finally I have access to this adorable visual novel about a coffee shop that serves a last round of coffee to the recently departed. I was not prepared for how dark this tale actually is or how the artistic direction makes this one of the most unique visual novel games I’ve ever played.

There’s a little coffee shop that seems completely ordinary called The Terminal. It looks unassuming until you see the cute little chalkboard outside that lists the rules, which includes not asking if patrons are dead. “It’s rude,” the sign explains. It’s really hard to argue with that logic. Inside the shop is just as unassuming, until you learn that the owner/barista and former owner are necromancers. Oh and The Terminal is located at a spot where most souls pop up soon after death. Before crossing over into the afterlife, why not stop in for a cuppa while you accept what’s happened? Just ignore the fact that the barista is not good at making coffee drinks or casual conversation.

Also ignore her young sidekick Ashley, a phenomenal inventor who builds robots for necromancers Maddy and Chay to put animal souls in. There’s nothing sinister or creepy going on over here, no siree. 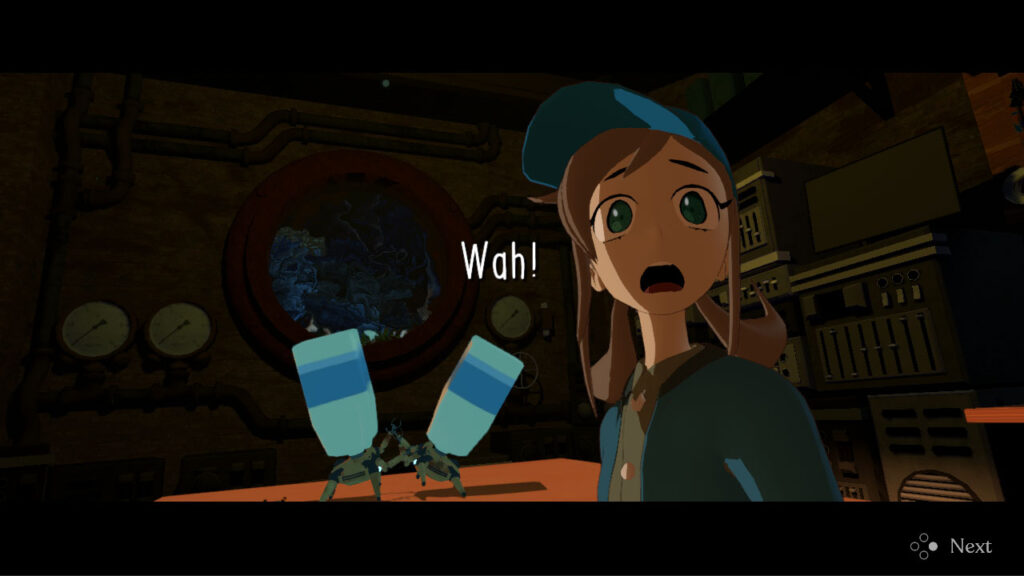 These certainly aren’t robot crabs infused with souls of crabs and fighting.

Then there’s also this plot involving Maddy, forbidden magics, and going against the Council of Dead. And here I thought this was going to be able serving coffee to wayward souls and helping them cross over. It’s a dark twist I wasn’t expecting (obviously), but it was a welcome one. The story may be short, if you burn straight through the chapters, but it’s deep and the brevity is actually perfect. Nothing feels padded, which is often a problem with visual novels. But the quick run doesn’t feel rushed either. It’s a perfect pour, if you will.

While the story portion of the game is undoubtedly the most important, what really makes Necrobarista: Final Pour unique is its visual style. There are no profiles designating the dialogue and who is talking. The player isn’t even a character in the game, which is very typical for most visual novels. Instead, the player is more of an observer, watching the story play out. Since the dialogue is very cinematic, there’s more at play than simply clicking a button to move the dialogue along.

In addition, in between chapters, players have the opportunity to examine the area in a first-person point of view. By examining objects, words will pop up, and if the player explores these words, there’s an opportunity to read a story about a soul who passed through the coffee shop. These were actually my favorite moments of the game, which stretched gameplay out a little bit. But they’re completely optional, so players won’t miss anything crucial if they skip the exploration areas. 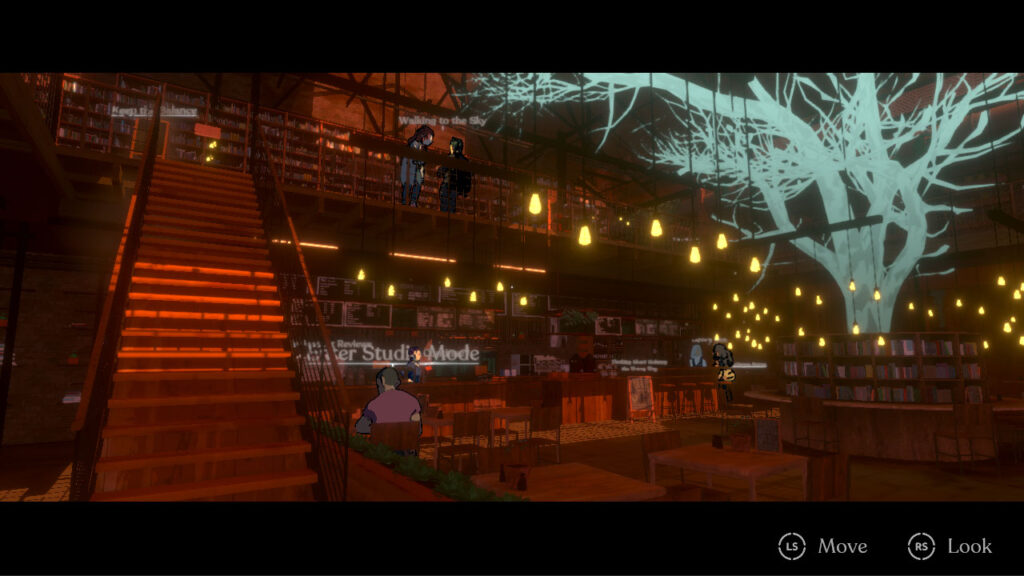