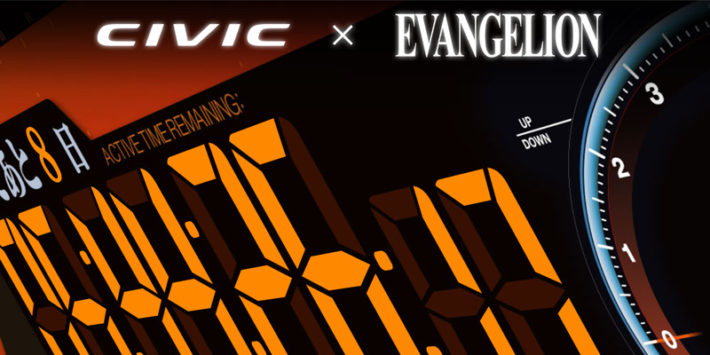 In a strange, but not completely unexpected turn of events, Neon Genesis Evangelion is holding a collaboration with Honda. A website has been opened with a March 31, 2020 reveal date set on the timer, but no further information has been revealed as to what this collaboration will entail. Fans will need to keep their eyes peeled over the next few days to see what this crossover will have in store. [Thanks, Dengeki!]

This collaboration comes just a few months before the release of Evangelion 3.0 + 1.0, or Shin Evangelion. The eagerly anticipated animated film is scheduled to release in Japan on June 27, 2020.