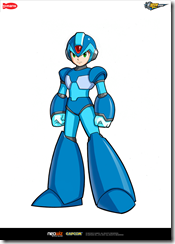 Haruhiro Tsujimoto, Capcom’s CEO, has a few words to say about Mega Man Online. Surprisingly Korea-based Neowiz, the makers of S4 League and Warlord, brought the idea to Capcom.

“The other party [Neowiz] requested to make an online game with Rockman (Mega Man internationally), we examined the project proposal and arrived at the conclusion it would be interesting to make,” Tsujimoto said in an interview with Nikkei Trendy Net.

Mega Man Online, which is based in the Mega Man X universe, will make its debut in South Korea first. Tsujimoto expressed interest in releasing Mega Man Online in Taiwan and China too, other countries where PC based MMOs are popular. Since Mega Man has a fanbase in Japan, Tsujimoto believes the game will be accepted in Japan too.

He did not comment on a possible US release. Neowiz has a subsidiary in North America, so there is an outlet for the game if Capcom and Neowiz ever decide to release here.