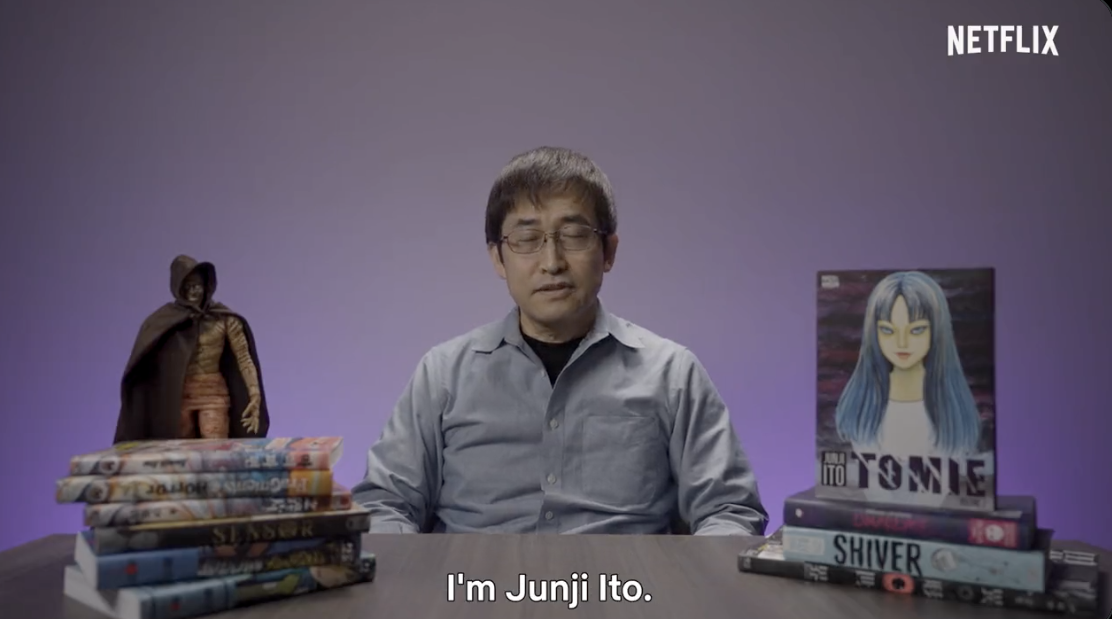 As part of Netflix Geeked Week, the company announced season one of the Junji Ito Maniac: Japanese Tales of the Macabre anime. This is a new show that will involve new adaptations of classic stories from the mangaka. Ito himself appeared as part of the announcement to reveal this will include anime versions of The Hanging Balloons, Souichi, and Tomie.

Here’s the full Junji Ito Maniac: Japanese Tales of the Macabre, which involves insights into the The Hanging Balloons, Souichi, and Tomie anime adaptations. Ito goes over character design documents for each story. In total, 20 of Ito’s stories will appear during the first season.

Ito also said it is unknown which Souichi and Tomie stories will appear. Souichi Tsujii shows up in stories in The Horror World of Junji Ito. Meanwhile, Tomie stories have been documented in things like the manga, movies, and drama series.

As for The Hanging Balloons also is a story from The Horror World of Junji Ito.

The first season of the Junji Ito Maniac: Japanese Tales of the Macabre anime is in development and will appear on Netflix. There’s no release window yet. The next Ito work to be localized will be The Liminal Zone. Viz Media will release that manga in English on July 26, 2022. An Uzumaki anime adaptation is also headed to Cartoon Network’s Adult Swim.