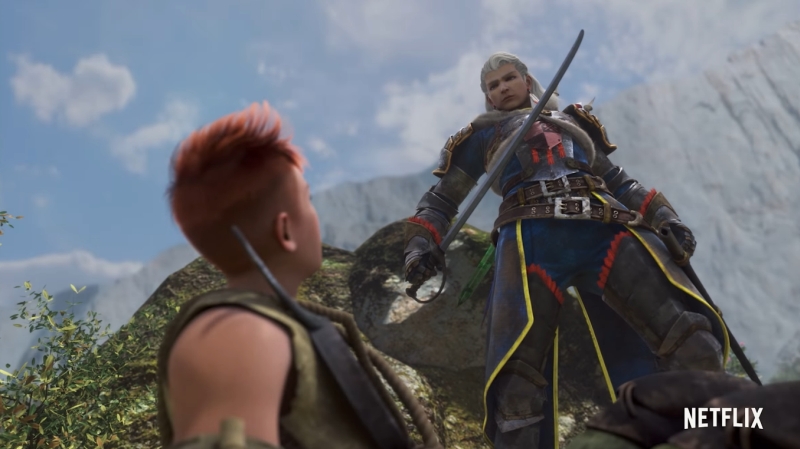 Monster Hunter: Legends of the Guild, the animated film coming to Netflix, will have a Japanese language dub available and Netflix has confirmed that version’s voice cast. The information comes courtesy of a roundup featured in Famitsu, which also featured the Japanese-dubbed edition of the trailer. [Thanks, Famitsu!]

As as a young boy and “self-proclaimed hunter” living in an idyllic village, Aiden meets a man named Julius, who teaches him the ropes and sets him on the path to becoming a fully qualified, guild-affiliated monster hunter. Crisis strikes when an Elder Dragon appears on the path to Aiden’s community. Along with Julius and their companions, Aiden must work together to fend off the fearsome beast. Some of the characters profiled in the piece include Mae, an Insect Glaive-wielding scholar, Nadia, an expert Light Bowgunner, and Knox, a Melynx helper.

The Japanese voice cast for Monster Hunter: Legends of the Guild has some recognizable names, including actors who’ve appeared in other Monster Hunter-related productions.

Monster Hunter: Legends of the Guild will premiere on Netflix on August 12, 2021. The game the film is most closely based on, Monster Hunter: World, is immediately available on PlayStation 4, Xbox One, and PC. Monster Hunter Rise, the latest game in the series, is exclusive to Nintendo Switch.