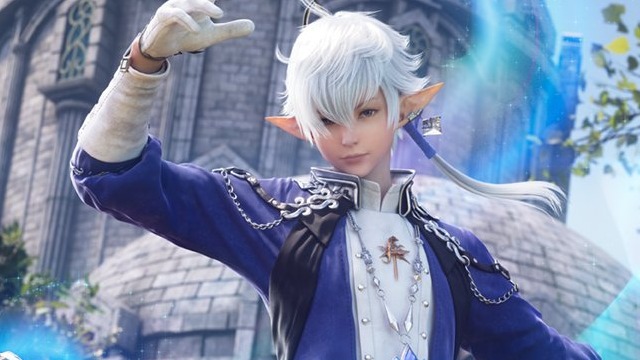 Square Enix has released an entirely new piece of CGI artwork for Final Fantasy XIV of Alphinaud Leveilleur as a Sage, the new Healing Job that will appear in Final Fantasy XIV: Endwalker. The image was shared through the official Final Fantasy XIV Twitter account. This new piece of artwork also showcases the upcoming Sage class’s weapons. The background of this artwork seems to be in Old Sharylan. This is another area that players will be able to access once the expansion releases in November.

Previously, one of the announcement trailers for the Endwalker expansion revealed that Alphinaud would receive a Job change in Final Fantasy XIV. Additionally, during the Final Fantasy XIV Fan Fest 2021, details regarding the Sage Job Class were revealed. This included a brief look as to how the Job would function in comparison to other Healing Jobs like White Mage, Scholar, and Astrologian.

You can take a look at the latest key artwork for Final Fantasy XIV below:

Additionally, it was revealed that a second Job Class will appear in Final Fantasy XIV: Endwalker. Players will be able to take up the Reaper Job when the expansion releases. This new Job will appear as a DPS and will not be pet-focused. Another key character to the story will appear as one of the new Jobs. The most recent CGI trailer showed Zenos yae Galvus with the signature Reaper weapon.