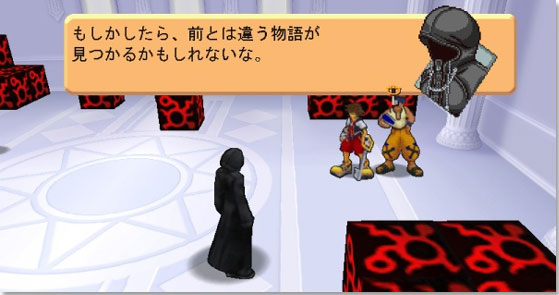 It would appear some people have already gotten their hands on the July issue of Game Informer magazine, which features an interview with Kingdom Hearts creator Tetsuya Nomura. In the interview, Nomura confirms that one of the two new games in the series will be revealed at E3.

Q: Are there any hints you can provide about these new games?

Hints would give away too much, and for Kingdom Hearts we’re contractually obligated to keep any information that has not been officially released under wraps. However, I can say one of the two projects mentioned above came into existence because we wanted to do something for the North American fans, so we’ll be announcing it at E3.

This new title could, of course, be Kingdom Hearts: Recoded, initially hinted at on voice actor Phil Snyder’s personal web page. Considering Kingdom Hearts: Coded was was originally developed only for Japanese cellphones, a portable remake on DS or PSP could certainly be considered a favour to the series’ overseas fans. We say DS or PSP because Nomura confirms in the interview that the two new games aren’t in development for the Wii, PS3, Xbox 360 or iPhone. However, as Nomura goes on to state, Square are currently “discussing opportunities with various parties” regarding the future of the franchise.

This also means that the Square Enix Osaka team’s project hinted at by Shinji Hashimoto could very well be the second Kingdom Hearts game Nomura mentioned months ago, which is based around multiple characters.