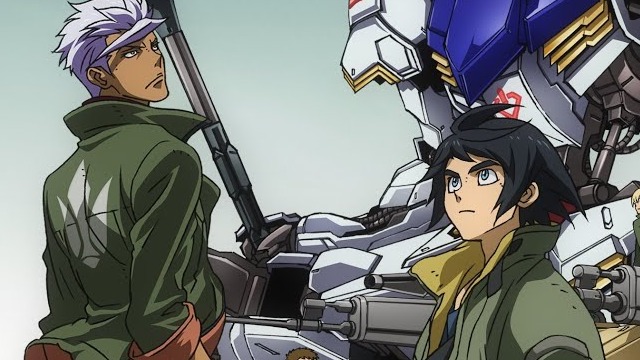 A new Mobile Suit Gundam project is currently in development. Titled Mobile Suit Gundam Eight, this new series is part of the Gundam Ace 20th anniversary project. Little information was revealed about this new project. However, we do know that it will share the same writer as Iron-Blooded Orphans Steel Moon. [Thanks, ryokutya2089!]

There is currently no information as to when serialization will potentially begin. However, more information will release in the future regarding this upcoming series. That said, Hajime Kamoshida will write for this new project. As mentioned, he previously worked on the Iron-Blooded Orphans Steel Moon manga. Additionally, he helped pen the script for the animated series.

This is one of several new projects currently in production to celebrate the Gundam Ace 20th anniversary project. This includes a new manga based on Mobile Suit Gundam 0080: War in the Pocket, and a new Gundam Seed related project. Additionally, a new entry in the Crossbone series is scheduled to release as part of the project. More information regarding each of these projects will appear in the future editions of the Gundam Ace magazine.