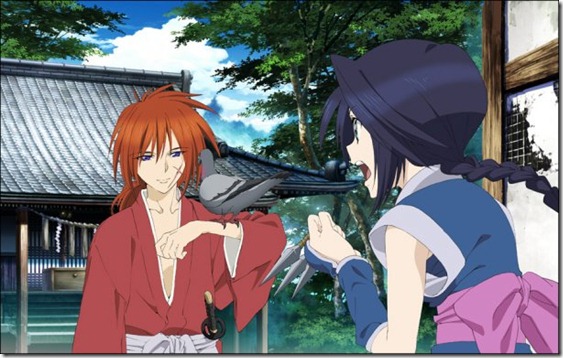 The new Rurouni Kenshin anime project that was announced a few months ago will be a new two-part remake of the series’ Kyoto arc, according to Japanese site, Comic Natalie (via ANN).

Studio DEEN and director, Kazuhiro Furuhashi, both of whom worked on the original anime series will be working on the new series. The original series voice cast will reprise their roles as well, save for the late Hirotaka Suzuoki, who voiced Saito Hajime. Ken Narita will be voicing Saito in the remake.

Part 1 of the remake will play in Japanese theatres in December. More details can be gleaned over at the Anime News Network link above.

This Kyoto arc remake won’t be the only Kenshin feature to see a theatrical release in Japan. A live-action Rurouni Kenshin film is being produced by Warner Bros. Japan for release in 2012.