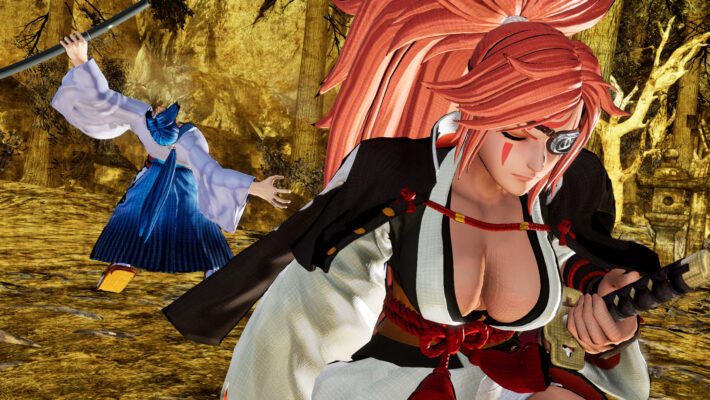 People can get a closer look at how Baiken will behave in Samurai Shodown. However, this new video is more focused than the last. While the initial one was more of a reveal that showed off her look in the game and a few clips from matches, this new trailer from SNK focuses on all of her special attacks in her arsenal.

Baiken is pitted against people like Kyoshiro, Ruixiang and Rimururu for the sake of showing off how she works in the game. As this is based on the Guilty Gear Xrd version of her, some of the attacks might look familiar. For example, both Tatami Gaeshi and Garyou Tensei appear in a way.

Once Baiken appears, the third season pass of Samurai Shodown DLC will be complete. This round included two returning characters and two crossover fighters. Cham Cham and Shiro Tokisada Amakusa both rejoined the roster in it. And The Last Blade‘s Hibiki Takane joined Baiken as a guest for this round. It is unknown if there will be a Season Pass 4.