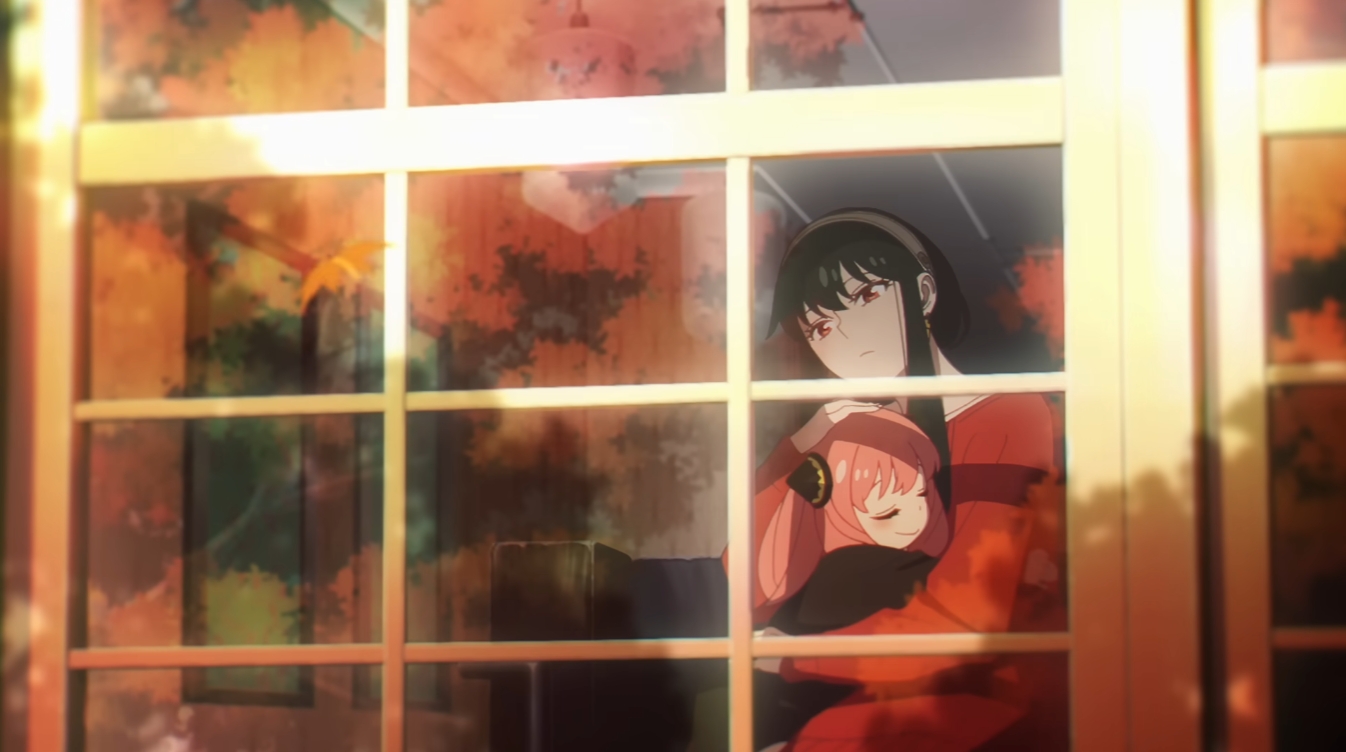 The ongoing Spy x Family anime adaptation resumes its run on October 1st, 2022, and with it will come a new opening sequence and theme song. Toho Animation uploaded a “clean” (credit-less) version of the 2nd Spy x Family opening animation on September 28 to promote the imminent broadcast.

The Spy x Family 2nd opening features the song “Souvenir” by Bump of Chicken. The previous opening song was “Mixed Nuts” by Official Hige Dandism. The new opening focuses on scenes of the Forger family’s life at home, work, and play, against autumnal scenery. It also teases the appearance of characters yet to be introduced in the anime, such as the family dog and a silver-haired coworker of Loid’s. Another new character confirmed is the terrorist Keith Kepler, who plays a key role in securing the Forgers a family pet. Keith Kepler is played by Hiroki Takahashi, who also plays Emet-Selch in Final Fantasy XIV, Ryu in Street Fighter, and Japan in Hetalia Axis Powers.

Spy x Family resumes airing on October 1, 2022. It streams on Crunchyroll, but is available on services like Netflix, Muse Asia, and Bilibili in other regions. The next “cour” (a block of episodes) of Spy x Family is expected to last about 13 episodes, aired weekly from its premiere later this week. It’ll cover the “Doggy Crisis” story arc to begin with, and will likely include the “Midterm Examinations” and “Campbelldon Tennis” stories as well.