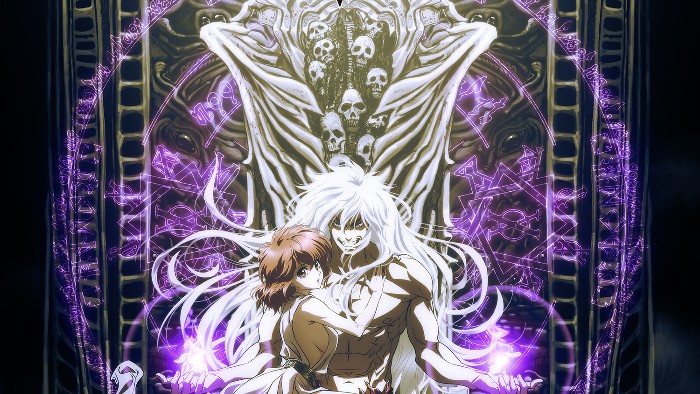 When February 2022 began, Warner Bros. Japan, Liden Films, Netflix announced that a new Bastard anime would appear. Now there’s a full trailer showing off how the new adaptation will look. The Japanese voice actors also spoke about the show and the roles they’ll play.

First, here’s the trailer. The focus is on Dark Schneider, the series’ star, as you might expect. It looks at moments showcasing his power. However, Tia Noto Yoko, Nei, and Ninja Master Gara appear in passing as well.

Netflix didn’t mention if there will be an English dub of the show yet. So far, only the four main cast members have been revealed. Also, the key visual revealed only shows Dark Schneider with Tia.