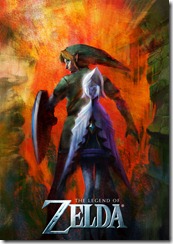 When discussing Wii plans with the Asahi Shimbun, Satoru Iwata brought up The Legend of Zelda. A new installment in the series will go on sale this year.

The enigmatic Vitality Sensor which Nintendo revealed at E3 last year is another cornerstone in their strategy. Iwata says they plan on announcing Vitality Sensor titles in July and will prep them for the market distribution as soon as possible.

While Iwata said Wii system sales were cooling in October, Nintendo sold more Wiis in North America and Japan in 2009 than ever before, partially thanks to New Super Mario Bros. Wii.