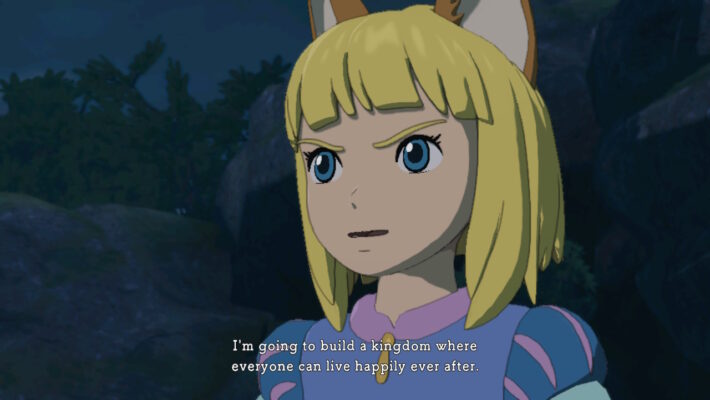 Okay, we’re going to go into this stating the obvious. The Nintendo Switch isn’t the optimal place to play Ni no Kuni 2: Revenant Kingdom Prince’s Edition. If people want the prettiest, sharpest, and best performing version, they’d play it on the PS4 or the PC. This is more about serving a different sort of purpose. The goal is a more accessible version of the game on a mobile platform. And the game does work that way and offer what someone might expect. There will just be times when it tests the system’s capabilities.

Now, the thing about Ni no Kuni 2 on the Switch is that you won’t notice right away that there is a problem. This is because the cutscenes still look amazing. The opening segments look great, whether you’re docked or undocked. It seemed like any time story took center stage, Ni no Kuni 2 did great. There was no chugging. It didn’t slow down on me. It’s fantastic. 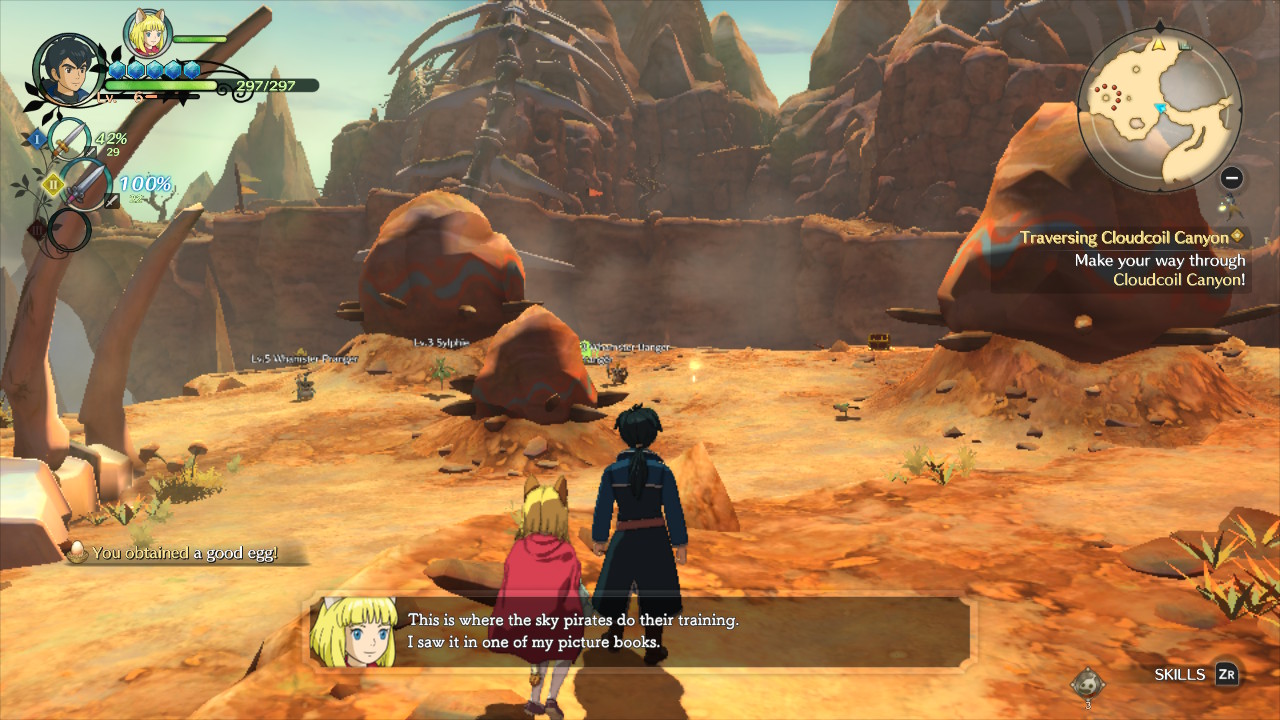 Then, you start exploring Evan’s castle and dealing with the first steps on the journey he’ll take with Roland. For the most part, that’s fine too. I primarily played in handheld mode, because that seems like a realistic reason to get this version of Ni no Kuni 2. You’re going to want to play it not chained to a TV. And things looked good. Character models and environments take a hit. For example, while everyone still definitely had eyes, their mouths disappeared. The battles proceed fairly smoothly. If you’re in a set area or dungeon, they will be at their best. The frame rate both when exploring and fighting seems more consistent. I didn’t notice much lag. Swapping weapons or characters is smooth enough. Forget trying to read along and see which items you pick up as you defeat foes, though. The text is far too tiny. If you’re playing undocked, it has the added bonus of being a bit blurry too.

Once you step into the open world map, that’s when Ni no Kuni 2 suffers most on the Switch. The frame rate plummets and given how this area always is less detailed than locations you’ll visit, it all suffers. The environment looks worse there than it does when you enter a town or location. If you get into a fight, it will be noticeably slower than one in a dungeon or smaller area. It never hangs up on me or crashes, but you can tell the system is being pushed to its limits. Especially since I couldn’t see as far into the distance as I could when playing on the PS4. This also means that the real-time strategy battles can encounter the same sorts of frame rate dips, since you have that larger map and groups of allies and enemies moving about. 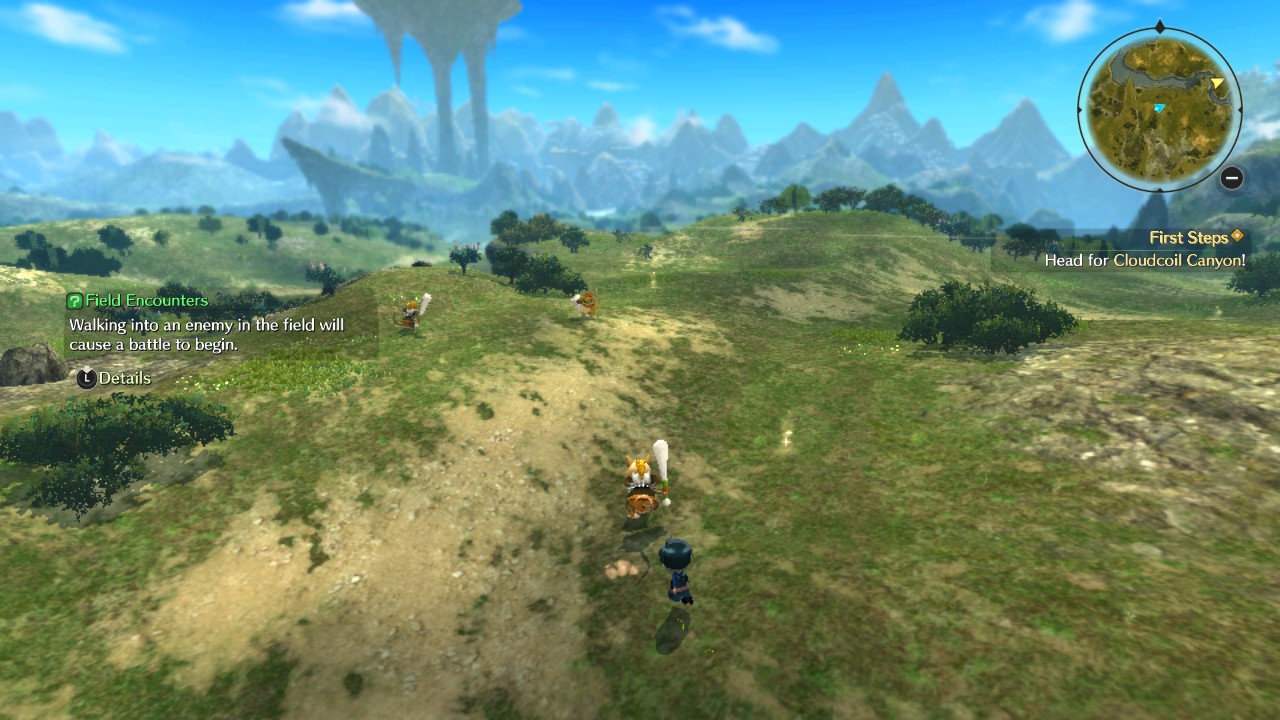 Though there are times when the lack of detail isn’t that bad. Once you establish your own kingdom and manage it, you get an overhead view. It isn’t as crisp as on the PS4, but it does look better than things do when you’re exploring the world map. And it isn’t like you need to worry about frame rates when going through menus and assigning personnel to facilities. Likewise, if you’re going around recruiting new people for your kingdom, it works fine.

So yes, people are going to run into issues with Ni no Kuni 2 on the Switch. Things aren’t going to be perfect. Character models and environments will be noticeably duller. There will absolutely be a lower, potentially choppy frame rate. You will ruin your eyes attempting to read some of the text in handheld mode. But it is a functional, complete version of a great JRPG. If someone is just fine with having it and the ability to play the game anywhere, Ni no Kuni 2 on the Switch will deliver.