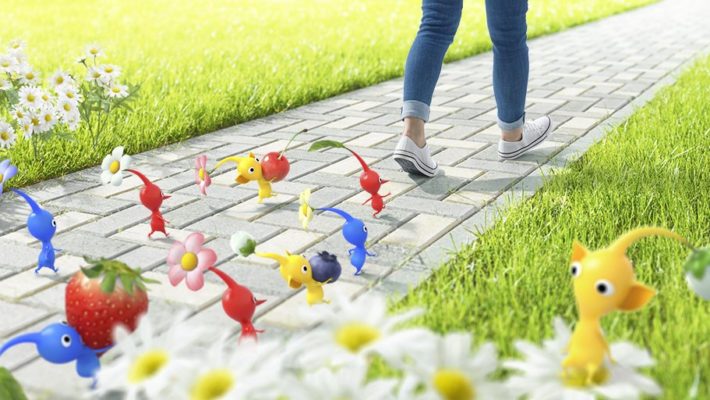 Nintendo announced that it will partner with Niantic to develop a new Pikmin AR game. The game is set to launch in late 2021, though specific release dates are still unclear. Niantic created a new webpage where users can pre-register for the game and receive updates.

What would it be like to have a more fun walking experience surrounded by #Pikmin? In a new mobile app developed by @NianticLabs and Nintendo coming later in 2021, explore the real world and create memories with your Pikmin friends.

Nintendo’s Japanese press release noted that the Pikmin AR game will be “the first stage” in their partnership with Niantic, focused on using Nintendo characters to “make walking more fun.”

Niantic also released a statement on its own website announcing the partnership. The announcement said that the game will “include gameplay activities to encourage walking and make walking more delightful,” much like Pokemon GO. Additionally, it will be the first ever app developed by Niantic’s Tokyo Studio, which was established back in 2018.

We're overjoyed to make new memories with our partners at @Nintendo and YOU! 🌱 Imagine exploring the world through the wonder of AR and alongside all of your pals – including your new #Pikmin friends! Learn more about our partnership here: https://t.co/TiQ10S8kMR pic.twitter.com/YUpp4P33NA

This will be yet another one of Niantic’s AR mobile games. It started out with Ingress in 2012. Then, it followed that up with games connected to other IPs, like Pokemon GO. Another upcoming project will be inspired by the board game Catan.

Details about the Pikmin AR game will be shared in the next few months. In the meantime, you can sign up for preregistration and updates on Niantic’s website.