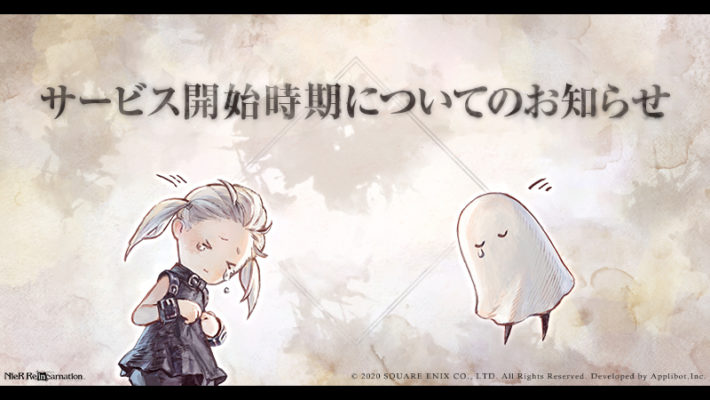 People who are looking forward to NieR Reincarnation will have to wait a little longer. Through the Japanese official website and Twitter account for the upcoming mobile game, Square Enix confirmed that the launch window for NieR Re[in]carnation in Japan was moved back from 2020 to the first half of 2021.

In the official press release, the NieR Re[in]carnation team said they initially expected the game to launch within 2020. Although a launch window was never announced directly by Square Enix up to this point, Famitsu App noted in September 2020 that Apple App Store listed the game’s planned launch date as December 23, 2020.

The development team has finished producing most of the content for the launch version. The team is currently preparing post-launch additional content while focusing on stabilization and optimization, so that players will be able to progress through the game smoothly once it has launched.

A global English release of NieR Reincarnation for North America and Europe was also announced at Tokyo Game Show 2020 back in September. However, neither of the official English accounts on Twitter and Facebook have posted any further updates since the initial reveal.

NieR Re[in]carnation is currently in development for Android and Apple iOS mobile devices. A closed beta test for the game was held in Japan on July 29, 2020.