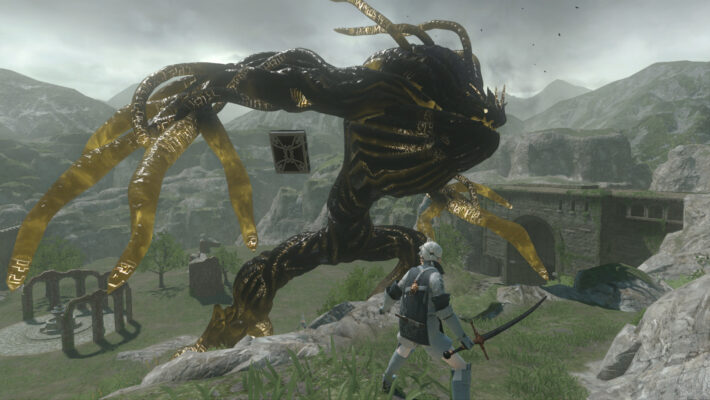 Square Enix took the Denuvo anti-tamper DRM out of the NieR Replicant PC version. SteamDB noted the change on October 20, 2021. This comes about six months after its April 2021 debut. [Thanks, AshenOne on Resetera!]

The NieR Replicant Steam product page also updated to reflect the removal of Denuvo. Typically, under the details about Steam Trading Cards and Controller support, there will be a notice. While it still reminds people they will need to sign a third-party EULA, there is no notice about the DRM. (For example, the Bravely Default II page is an example showing its notation.

This is the second notable Square Enix NieR Replicant PC update. For example, back in June 2021 the PC version got a new patch. It helped assure 60 fps.

NieR Replicant appeared frequently since launch for many reasons. For example, Nendoroids of Emil and Kaine appeared. Special soundtracks, including one with chiptune versions of its songs, ended up announced. Crossover events in SINoALICE and NieR Re[in]carnation also featured many of the game’s characters.

NieR Replicant ver.1.22474487139 is available for the PS4, Xbox One, and PC. Over one million copies shipped of it worldwide. The original version of NieR appeared on the PS3 and Xbox 360.