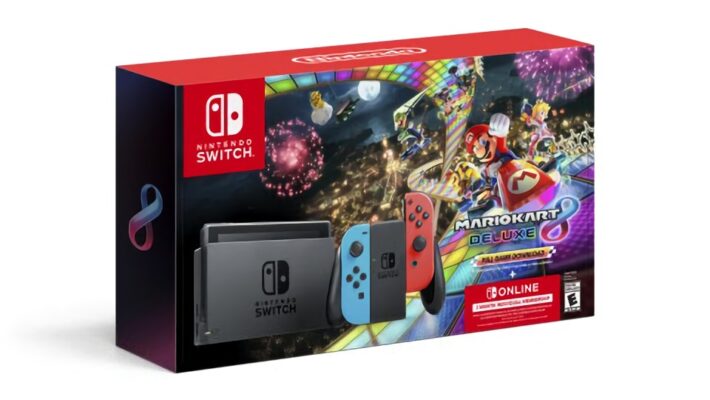 Nintendo revealed its Black Friday 2021 plans that go over the Switch deals–which include a bundle and discount games–available at North American retail stores. As usual, most major retailers will honor the offers. This means you will see the discounts at places like Best Buy and GameStop. Also, this year’s bundle should look familiar, as it is identical to last year’s Mario Kart 8 Deluxe Switch bundle. Everything goes on sale starting on November 21, 2021.

The Nintendo Black Friday 2021 Switch bundle is identical to the 2020 one in all ways. You get a standard system with blue and red Joy-Cons. Mario Kart 8 Deluxe is available as a download with it. You also get three months of Nintendo Switch Online. (This is the base version without the Expansion Pack.) All of that costs $299.99, same as last year.

As for the games, a handful will be reduced. Here’s are the Black Friday 2021 Switch Deals.