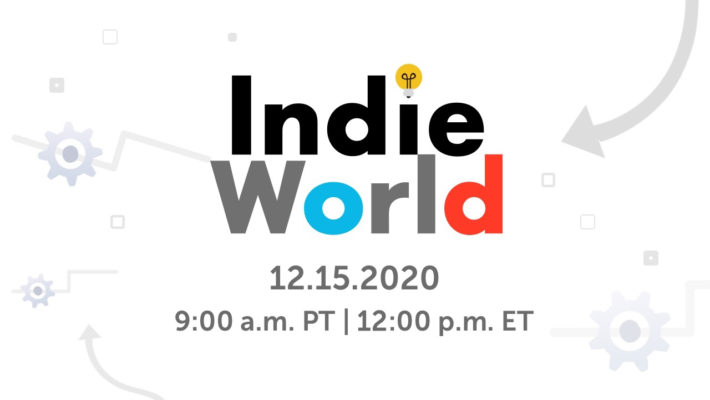 There’s another Nintendo announcement video coming this month! Make time tomorrow morning, as a Nintendo Indie World December 2020 video will kick off your day. It will be held at 9am PT/12pm ET/6pm CET and go over games from independent developers coming to the Nintendo Switch in the near future and in 2021. It’s probably a good idea to expect a shadowdrop or two too.

Nintendo offered a few details about the Indie World December 2020 presentation on Twitter. It will be about 15 minutes long. It will also involve new games and titles we already knew were on the way.

Here’s the YouTube embed, so you can go ahead and schedule a reminder for when it airs tomorrow.

The timing for this actually makes sense. In Nintendo’s eShop round on December 10, 2020, there was an update on Terry Cavanagh’s Dicey Dungeons saying it would be out on December 15, 2020, even though its eShop listing still said “late 2020.” So we already know what one of the shadowdrops will be this time.

As a reminder, the last Nintendo Indie World update happened back in August 2020. Six games were immediately available as shadowdrops after that video: Evergate, Manifold Garden, Raji: An Ancient Epic, A Short Hike, Spiritfarer, and Takeshi and Hiroshi.

The Nintendo Indie World December 2020 presentation will air on December 15, 2020.