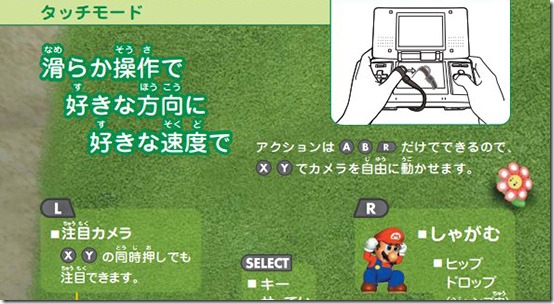 Nintendo has filed a lawsuit against mobile game company Colopl over five patent infringements, including one which entails ‘the special technology used to operate a joystick over a touch panel’ in White Cat Project. Nintendo is demanding Colopl to pay 39.33 million yen (roughly $351,600 USD) in damages. [Thanks, Gamespark]

Nintendo first filed the patent for the Nintendo DS Wrist Strap, which was promoted for games such as Super Mario 64 DS. Allegedly this is one of the five patents being infringed upon, specifically ‘special technology to operate a joystick over a touch panel’, as found out by The Wall Street Journal reporter Takashi Mochizuki.

Nintendo first filed complaints to Colopl in 2016, and Colopl expressed that over the course of a year they explained to Nintendo that this did not infringe on their patent, but the explanations were not accepted by Nintendo, leading to the lawsuit.

Both sides have not made an official statement on the case. However, an urgent job application by Colopl for an attorney experienced in these matters was found by Twitter user @Benzman_kabu.