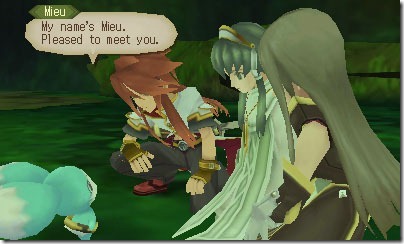 “Price” was one of the main points of discussion at Nintendo’s latest investor Q&A. Price, referring not just to the upcoming Nintendo 3DS price cut, but also to the price of Nintendo 3DS games.

Satoru Iwata, Nintendo’s global president, maintains that he believes there’s room in the market for both smartphone-priced apps and more premium-priced portable games, such as full-priced retail games for the Nintendo 3DS. That said, he also feels that the price of retail Nintendo 3DS software is an important point to keep in mind.

At the Q&A, an investor pointed out to Iwata that he’d noticed some Nintendo 3DS games priced as high as over 6,000 yen($76)  in Japan. This is a trend that was visible even at the system’s launch, with 3DS game prices ranging from the usual 4,800 yen ($61) to 6,090 yen ($77). The investor asked if Nintendo were considering ways to have third-party publishers make game prices skew more toward the affordable 4,800 yen range by, for example, reducing the manufacturing fees they charge publishers.

“Concerning the price of software, I cannot (directly) comment on it because the price is decided by the software publishers,” Iwata replied, “but I think that there is a possibility that it will be even more necessary to discuss this subject with them so that the price of software will become more affordable for the users to purchase it.”

Nintendo’s own high-profile 3DS games, such as The Legend of Zelda: Ocarina of Time 3D, Nintendogs + cats and Star Fox 64 3D were all launched at 4,800 yen in Japan. One example of a publisher releasing more expensive titles is Namco Bandai. One Piece: Unlimited Cruise SP, Ridge Racer 3D and Tales of the Abyss all went on sale for 6,090 yen in Japan.