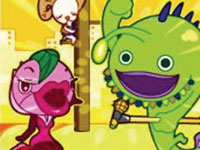 Speaking of the casual label, NIS America hasn’t announced any other games for it. The must have plans to release more casual games otherwise they wouldn’t have created it. Perhaps, it will be used for Tori no Hoshi: Aerial Planet if they choose to localize it.