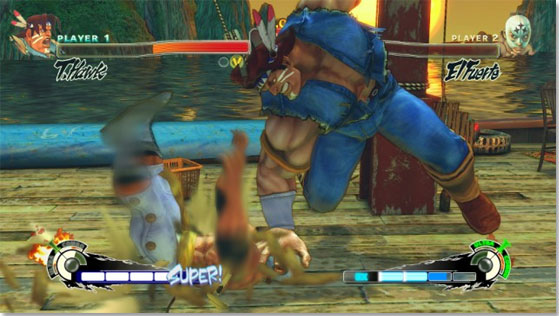 Thanks to the Comic-Con website, we know now a little more about Street Fighter IV producer, Yoshinori Ono’s panel at the convention on July 24th.

Here are the ones you’re no doubt looking for:

Personally, I hope for it. But I don’t have time. Will anyone make it? : D RT @GhostpilotZ: @Yoshi_OnoChin How about a Capcom vs SNK 3?

It is my lifework. I want to achieve it some time. : ) RT @own1e: @Yoshi_OnoChin And a new Darkstalkers?

And finally, Ono throws out more cryptic hints about his upcoming reveal, starting with a mention of a possible trailer:

I was able to prepare Trailer of Comic-con. Don’t miss it on next Saturday !!

You’re in for a treat. RT @LavosBR: @Yoshi_OnoChin I’m confuse, It’s really a fight game? or a adventure game?

I can’t say announcement at EVO. Maybe, I’ll be able to speak new thing at Comic-Con !!

So no announcement at EVO, but maybe a trailer at Comic-Con. And we still have no idea what this could be.