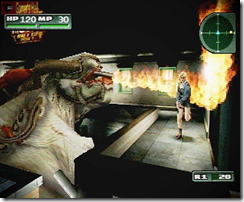 “But, before The 3rd Birthday I’d like to do something for the numerous requests for the archives [version] of 1st and 2nd,” Nomura posted on Twitter.

The Game Archives section on Japan’s PlayStation Store is home to a library of PsOne games ranging from classics like Resident Evil and Final Fantasy VII to rarities such as L.S.D.