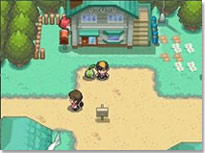 Videogame revenue was down across the board in April 2010, compared to the same time last year. While the factors contributing to the decline are many, it would appear the handheld segment of the market was the real culprit.

In April 2009, the Nintendo DS sold over a million units of hardware. In April 2010, of all the platforms that declined compared to last year, the DS accounts for 71% of the overall hardware decline. Meanwhile, the PSP suffered an equally great drop in hardware sales, down from 116K units in April ’09 to 65.5K units in 2010.

An important point to note here, however, is that the NPD group don’t track iPhone and iPad sales in their report, both of which certainly count as portable platforms for gaming.