You play as Joy Lantz of the motor knight academy as she fights back against the Roselian Army of Bartrathum that have come to claim the lands of Antoria for themselves.

You do this by devastating the enemy with the “hybrid motorized lance-drill burst arm,” otherwise known as the Joylance. It allows for high-speed combos that can be chained from ground to air, and sped up by cancelling attacks to launch into motorized charges. 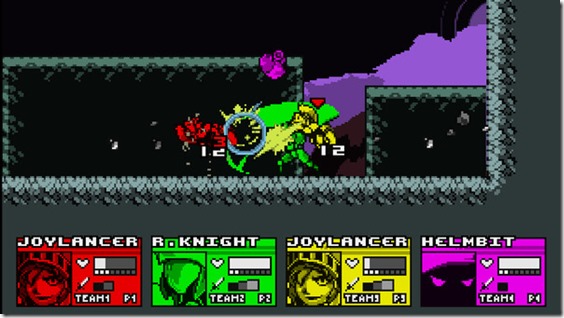 The drill is also used to grind along rails at high speed during the game’s platform sections.  Joylancer also has a number of different arcade modes, special time trials, and supports 4-player local multiplayer play.

As you can see at just a glance at the game. Joylancer replicates the look of Game Boy games, and it comes with a number of color options so you can tweak the exact look that you play with.

You can grab The Joylancer: Legendary Motor Knight for Windows, Mac, and Linux on Steam Early Access right now.