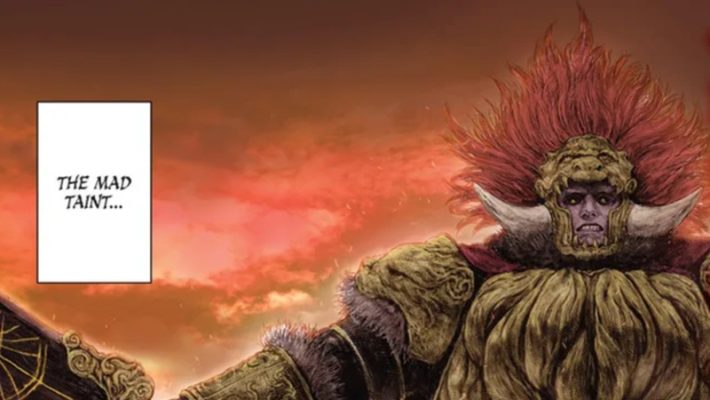 From Software games like Elden Ring and the “Soulsborne” titles are best known for unforgiving difficulty and a haunted, melancholy mood. However, they’re also run through with a low-key sense of humor. From slapstick antics in multiplayer to occasionally silly gimmicks and character design, the games are home to all manner of macabre comedy. The new official Elden Ring manga aims to make that humor a bit more explicit. Published by Kadokawa and serialized in twelve languages, the manga takes a tongue-in-cheek look at the travails of a novice Tarnished. The manga is written by Nikiichi Tobita, who also created the comedy fantasy series A Cursed Sword’s Daily Life [Thanks, ANN!].

Formally titled Elden Ring The Road to the Erdtree, the Elden Ring manga is free to read on Kadokawa’s Comic Walker platform.

Before reading, note that the manga involves in-jokes and humor based on the game, and as such may contain spoilers for new players.

Its English localization is provided by Yen Press. It’s also going to be published in Traditional Chinese, Thai, Korean, French, German, Spanish, Latin American Spanish, Italian, POlish, and Brazilian Portuguese by various companies. Two chapters are out as of this time.

The story follows a Tarnished who manifests in Limgrave as a Wretch, the weakest starting class in the game. Named “Aseo” by Melina (a truncation of “Asebito”, the Japanese name for the Tarnished), he braves danger with the lowest base stats available. Dressed in nothing but his underwear, he stores two of his Flasks of Cerulean Tears on his bare buttocks, and sets off for Stormveil to confront Godrick the Grafted. That is, if he can get past the Tree Sentinel first. Thankfully, Godrick’s a bit busy trying to find the most fashionable arrangement of grafts to use, which gives Aseo some time.