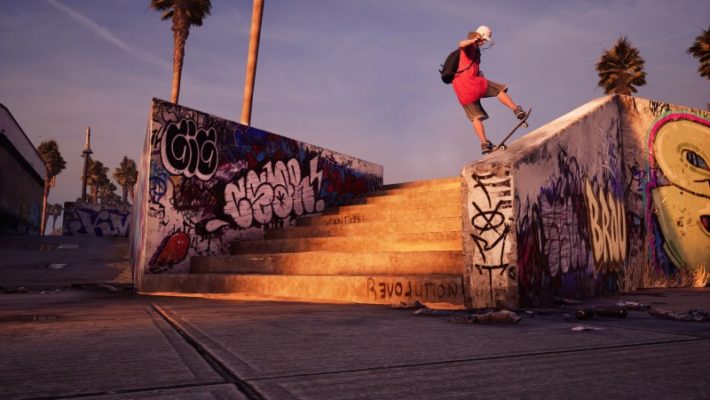 Geoff Keighley was trying to be clever, but the second the opening riff to the Dead Kennedys’ “Police Truck” started twanging on the Summer Games Festival stream it was possible to see what was about to happen. Tony Hawk’s Pro Skater is back, and this time Vicarious Visions is taking its remake talents to the task. The keystone to Tony Hawk’s Pro Skater nostalgia is the soundtrack, and despite how scary music licensing can be for games, most of the original soundtrack for both games is intact. And now there’s an official playlist on Spotify. 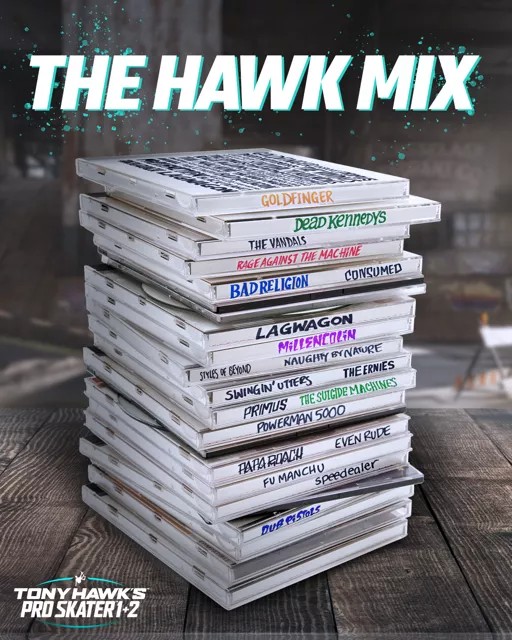 “Official” playlists are usually just branded collections of music already available on Spotify, but they usually come with new “cover” art and do the effort of grabbing everything for you. The above image was released by Vicarious Visions as a tease for this collection. That said, there are a couple songs pictured not included in the playlist. However, those songs (from Evenrude and Speedealer) will be in the game. There are a total of five songs from either Tony Hawk’s Pro Skater soundtrack that are missing entirely. Those are: