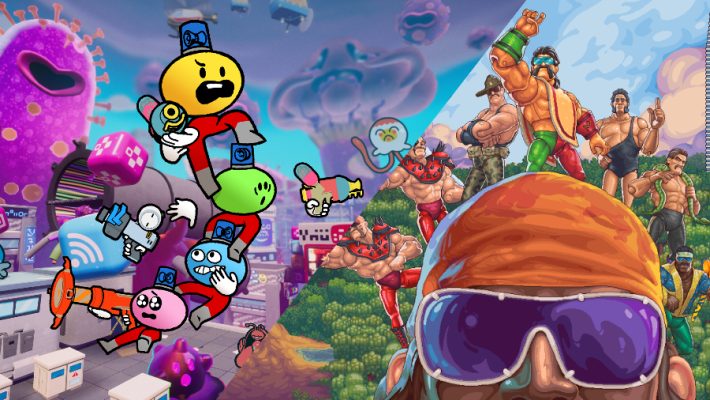 Tokyo Game Show 2022 was packed with indie developers and big publishers alike, but one of the booths that stood out to me was that of Skybound Games. With a giant emoji head floating above the crowd, the booth had a pretty significant presence, despite being sandwiched between the likes of Sega and Bandai Namco. Skybound Games was showcasing two games at the booth. Glitch Busters: Stuck on You, and WrestleQuest. I was able to get a hands-on experience with both games, and each title impressed me in its own way.

The most significant title to me was Glitch Busters, a four-person co-op game where players control a few virus-blasting AI in order to protect a far-flung futuristic internet. As the titular “glitch busters”, players are armed with guns and must clear through four different areas, representing various aspects of the internet. Additionally, there are several unique (and incredibly entertaining) gimmicks to the gameplay. Players can stack on top of each other and pull themselves in certain directions using magnetic feet. There are various guns with different shooting styles, as well as robotic suits that help you go through certain obstacles.

Developing the game is Toylogic, a Japan-based developer with over a decade of industry experience. For those unaware, Toylogic has also helped develop numerous popular triple-A titles, including last year’s NieR Replicant remake. Knowing this, my expectations were high. And yet, for a studio with relatively little experience in creating original games, Glitch Busters managed to hit a stride that paralleled other games within the co-op party scene. The game had various level settings that allowed players to customize everything from the enemies that appeared to the difficulty and rules that players can play with. And though the game’s rules and controls were simple enough to understand right off the bat, the addition of local and online co-op really seemed to keep the game fresh and replayable.

This last point was important, according to one of the producers I talked to. The game’s director reportedly used other party games such as Mario Party as inspiration in that regard, and local multiplayer was reportedly a must. In an era where games are increasingly becoming online-only, with local co-op limited to two-player matches, it was refreshing to see a game dedicated to keeping the party lively and at-home. 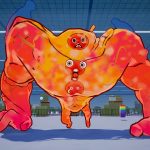 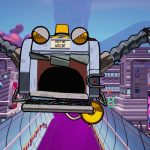 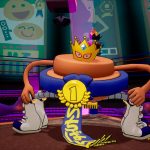 Another notable game was WrestleQuest, an RPG that may pique the interest of any readers who are fans of pro wrestling. The game is jam-packed with references to the classic pro wrestling era of the ’80s and ’90s. Better yet, it actually includes the likenesses of real-life pro wrestlers like “Macho Man” Randy Savage, Andre the Giant, Booker T, and more. You start off as an aspiring professional wrestler whose idol is Randy Savage, working up the ranks to become the best wrestler in the world. Unlike past wrestling games, WrestleQuest differentiates itself with an interesting blend of detailed pixel art and an action figure-style aesthetic that is reminiscent of the toys of that same time period.

All of these aesthetics are wrapped around a JRPG-style command battle system that focuses around slamming your opponents and keeping a crowd entertained. Attacks revolve around real-life moves of the most popular wrestlers. Furthermore, while you can keep spamming the same attacks over and over, it’s much more effective to mix them up with taunts which will boost the audience’s “hype” meter, thereby increasing the power of your moves. You can even pair up with other wrestlers for a tag team match. If you’re interested in JRPGs and wrestling, I recommend you give WrestleQuest a go. 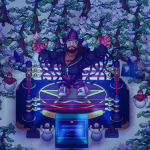 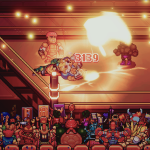 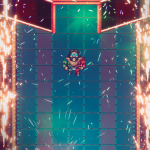