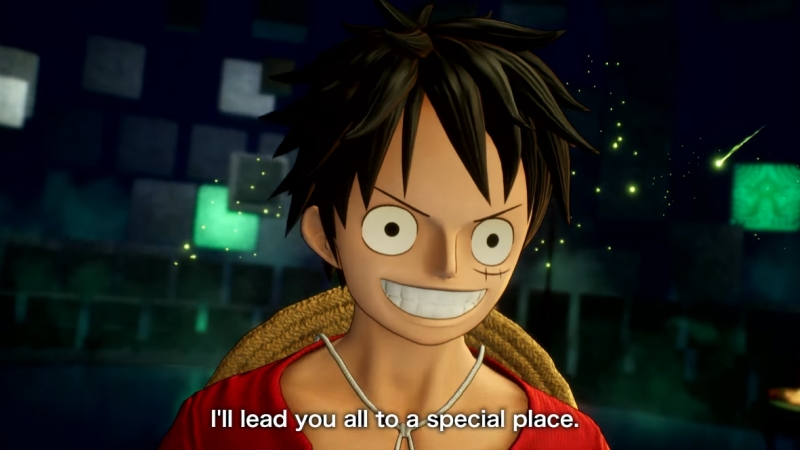 Bandai Namco’s moved the release date of One Piece Odyssey back a bit. Originally slated for a release within 2022, Luffy and the Straw Hat Pirates will land on PS4, PS5, Xbox Series X|S on January 12, 2023. The PC edition pulls into port a day later, on January 13th.

Check out Bandai Namco’s TGS 2022 trailer for the game.

The One Piece Odyssey release trailer teases the story of Waford, the “legendary island” the Straw Hats are shipwrecked on. They meet a mysterious girl named Lim, who, wary of their status as pirates, somehow steals and scatters the crew’s considerable power. The crew have their powers sealed away behind mysterious cube artifacts, and will need to scour Waford for their cubes to see them returned. Lim also takes them to “a special place” that allows them to visit “the world of their memories”, prompting a vision of Princess Vivi and the Kingdom of Alabasta. Alabasta was the site of the Alabasta story arc, and one of the Straw Hat Pirates’ most important adventures in getting together as a crew.

The TGS 2022 special program also detailed some of the bonuses coming with purchases of One Piece Odyssey before release date. Pre-orders of the game will receive a set of cosmetic outfits for the crew that recall their first, pre-time skip character designs. Pre-orders also get 10 Energy Apple items, 10 Excite Apple items, and 3 Golden Jelly items. A Digital Deluxe Edition of the game will also be sold, which includes 2 Petite Jewelry accessories, a Sniper King outfit for Usopp, 100,000 Berries, and the Adventure Expansion Pack, an upcoming DLC.