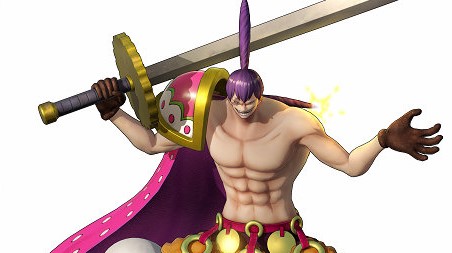 The Charlotte Family’s tenth son is making plans with One Piece fans this summer. One Piece: Pirate Warriors 4 Charlotte Cracker DLC has been confirmed. This means all of the Three Sweet Commanders will be playable in-game by the time Summer 2020 ends. More of Big Mom’s kids are coming home!

The first of the Three Sweet Commanders has been available in One Piece: Pirate Warriors 4 for quite a while, as Charlotte Katakuri was revealed way back in October 2019. Charlotte Smoothie, the second character, was revealed as a Character Pack 1 DLC addition back in April 2020. Charlotte Cracker will also be a part of DLC Pack 1.

To celebrate the reveal, new One Piece: Pirate Warriors 4 Charlotte Cracker and Charlotte Smoothie screenshots were shared showing both characters in the middle of massive fights. You can see the Biscuit Soldiers fighting alongside Cracker in some of his screenshots. As for Smoothie, you can see her using abilities from the Shibo Shibo no Mi to unleash liquid-based attacks against her foes. 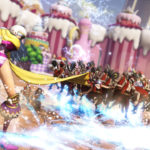 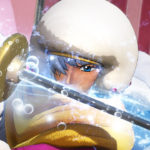 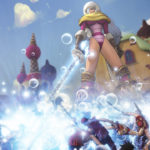 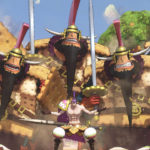 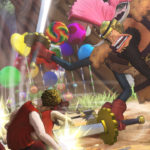 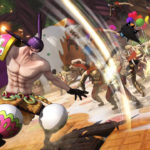 As a reminder, a total of nine DLC characters will eventually join the One Piece: Pirate Warriors 4 roster. A Charlotte Katakuri Early Unlock was a bonus for purchasing the $29.99 Character Pass.

One Piece: Pirate Warriors 4 is available for PlayStation 4, Xbox One, Nintendo Switch, and PC