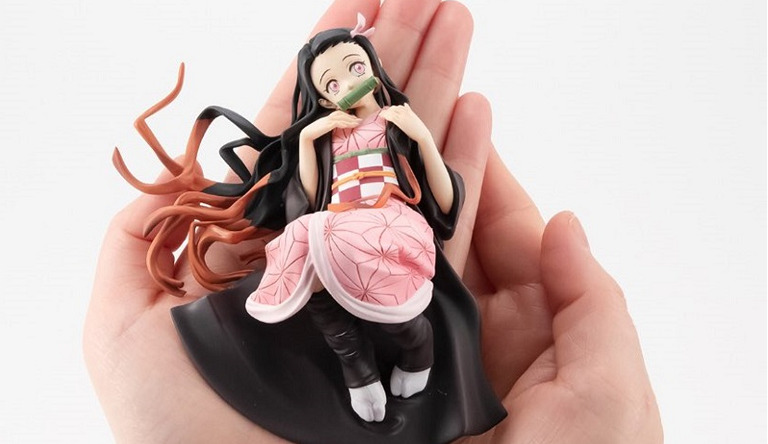 MegaHouse will release a palm-sized G.E.M. figure of Nezuko from Demon Slayer. Pre-orders will open on May 7, 2021. There is no concrete release date or sales price as of yet. [Thanks, Hobby Watch!]

In September 2019, MegaHouse released another small G.E.M. Nezuko figure. However, that one was the chibified version of her from when Tanjiro asked if she could shrink herself down. Compared to that figure, this version’s proportions are much more natural. She is simply a miniature version of the normal Nezuko. The sculptor put care into small details, such as the color on the tips of Nezuko’s nails. This MegaHouse Nezuko is lying on her back with her knees up, which means you might need to be creative with how you pose her on your shelf.

Here are some more pictures of the MegaHouse GEM Nezuko figure.

Though it is not by MegaHouse, you can also go in the complete opposite direction by purchasing the Big Size Nezuko figure that will come out in 2022. As opposed to these more peaceful Nezukos, there is also an Aniplex figure featuring Nezuko using her Demon Blood Art.

The second MegaHouse G.E.M. figure for Nezuko from Demon Slayer will be available to pre-order starting May 7, 2021. There is currently no news about the price or when it will ship.