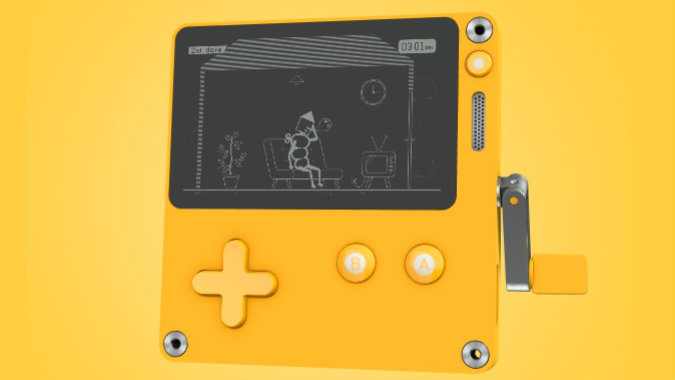 Panic, the publisher behind FIrewatch and Untitled Goose Game, has announced its first system. In early 2020, it will release the Playdate handheld. This will be a system that can fit in a person’s pocket, has two action buttons, a directional pad, and a crank for inputs, has a black and white screen, and will include 12 games. It will cost $149.

The Playdate will work in an unconventional way. All 12 games will be included with the system at launch. However, they will unlock one week at a time. Each week, a new title will be available on it. So far, a few have been confirmed. One is Crankin’s Time Travel Adventure from Keita Takahashi, the creator of Katamari Damacy and Wattam. It is a time travel game where players only use the crank to control the game. Three of the other confirmed games are 360, Bennett Foddy Presents Zipper, and Executive Golf. Zach Gage and Shaun Inman will both be among the feature game creators.

In a Twitter thread, Panic talked a bit about what led to the Playdate. The company has been working on the handheld for four years. It decided it wanted to try making hardware and made a functional prototype. Then, it worked with Teenage Engineering on a more final version of the product. Now, it was finally ready to announce it. However, the company did note that there will be more Playdate surprises to come.

The Playdate handheld will be released in early 2020. The official website is now open, for people who want to register for more information.