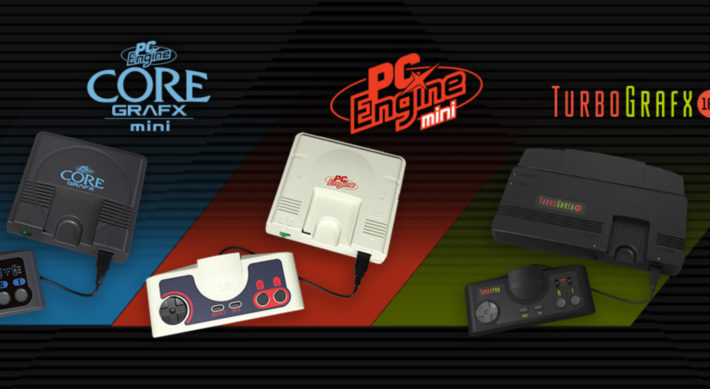 Konami announced via the official site for the PC Engine mini, PC Engine CoreGrafx mini, and TurboGrafx-16 mini that shipping for the three plug-and-play consoles will be pushed back indefinitely until further notice. This is due to manufacturing delays in China from the COVID-19 coronavirus. The consoles were originally due to release on March 19, 2020.

According to Konami, the manufacturing facilities encountered a suspension of activities due to the virus, and this delay affected all TurboGrafx-16 mini products, including peripherals like the Turbo Pad. The company asked people for their understanding and patience regarding the delays and said that more information will be released as production gets back on schedule.

Meanwhile, the Japanese site has a bit of a different statement regarding issues. It seems that a decent amount of Japanese region PC Engine minis were manufactured, as they will ship out as planned for those who had preordered the console itself by March 5, 2020. However, preorders made on March 6 and after, the debut of peripherals like the Turbo Pad, and the TurboGrafx-16 mini and PC Engine CoreGrafx minis releases will be delayed until further notice past March 20, 2020. Finally, Konami clarified that the PC Engine mini peripherals are being released by Hori.

The TurboGrafx-16 mini, PC Engine mini, and PC Engine CoreGrafx mini have been delayed from the anticipated March 19, 2020 Japanese release until further notice, except for a certain number of PC Engine mini preorders. You can check out the mini consoles’ full lineup here.