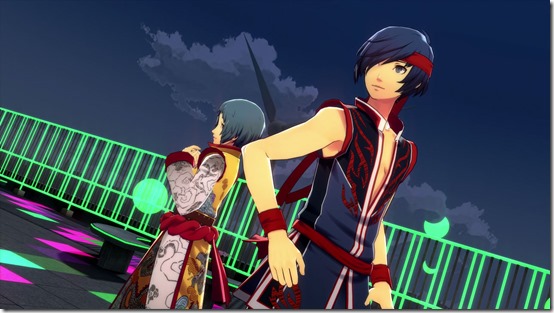 When Persona 3: Dancing in Moonlight and Persona 5: Dancing in Starlight were released in Japan, they were accompanied by an array of accessories, costumes, and extra songs. These add-ons will be available in batches, with the European release dates set for December 4, 2018 and December 11, 2018. Since there is a lot to go through and many specifics, Atlus released an official update to go through various bundle options and what people need to know before purchasing certain sets of DLC.

On December 4, 2018, people will be able to get songs and accessories. The announcement noted that the Persona 3: Dancing in Moonlight and Persona 5: Dancing in Starlight Songs Bundles and Accessories Bundles will each be available then. Every Song Season Pass will be $24.99/€24.99, while each Accessory Season Pass will be $19.99/€24.99. The P3D Costume Season Pass and P5D Costume Costume Season Pass for every platform will be out in Europe on December 11, 2018 and cost $19.99/€19.99. Some parts of the costume DLC are already available on the North American PlayStation Store.

Here is the full list of what will be available in each season pass bundle.

An important thing to know is that Persona 3: Dancing in Moonlight and Persona 5: Dancing in Starlight each have their own DLC for their platform, and there are also some add-ons that can only be found in one version of the game and on one platform. You also need to be sure you buy the PlayStation 4 version of DLC if you intend to play the console version of one of the games, since it is not transferrable. Cross-save functionality does work though, so if you ended up getting the same add-ons for both the PlayStation 4 and PlayStation Vita versions of a game, dress someone up, and save, then you would see items appear on characters in both.