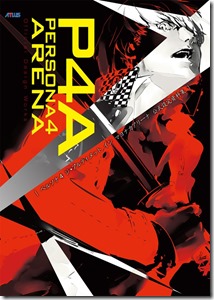 As you’ve probably heard by now, Persona 4 Arena, the fighting game that continues the stories of Persona 3 and Persona 4, is getting a new version in Japan, with two new characters—Junpei and Yukari.

Meanwhile, Udon have gone ahead and announced a release window for Persona 4 Arena: Official Design Works in the U.S. The art book, they say, is due out in September, and will cost $40. It will be 175 pages in length.

In case you missed it, you can view our preview images of Persona 4 Arena: Official Design Works in our previous report on the book.