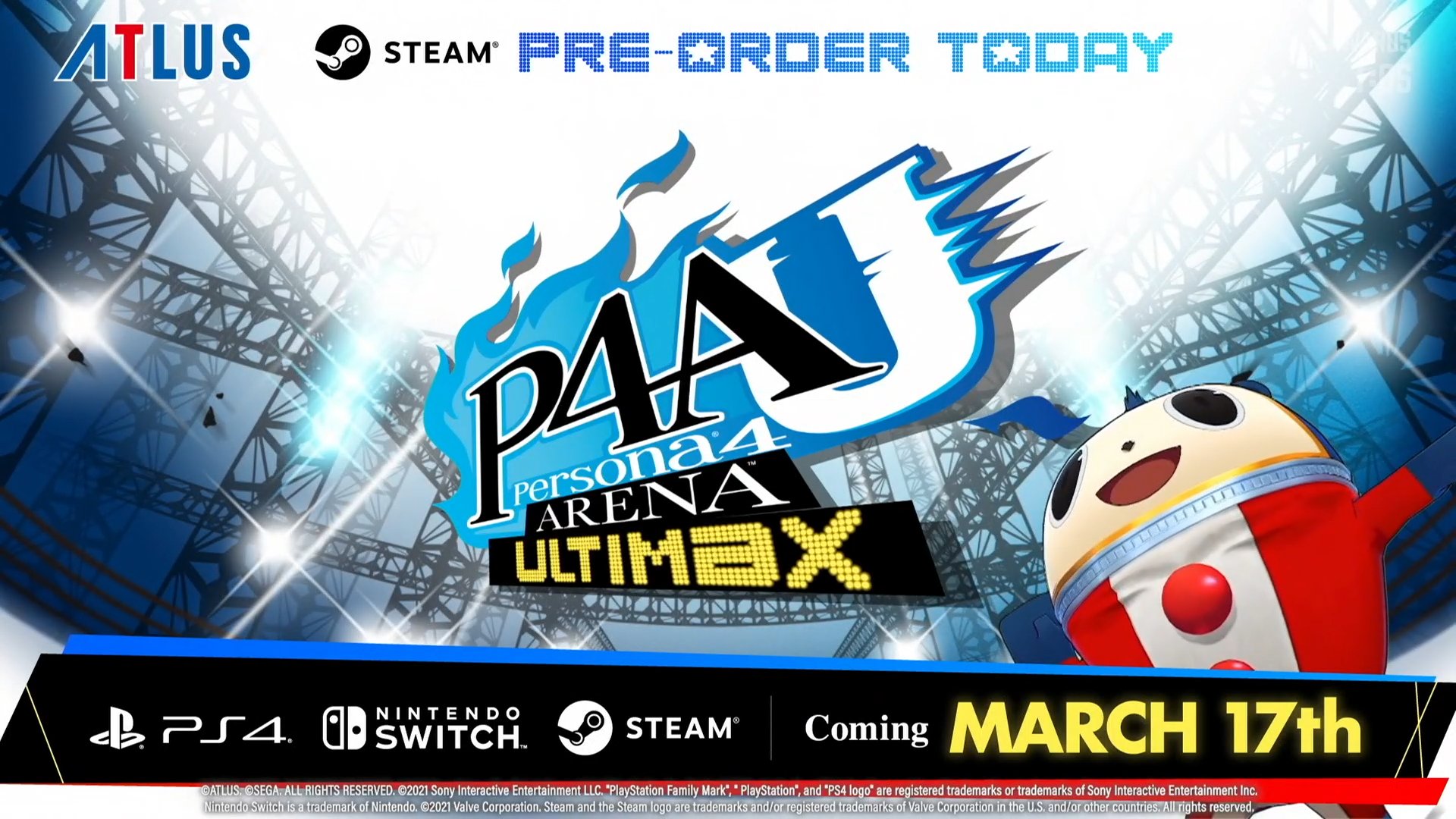 Another Persona game is headed to more systems. Rather than a mainline installment, it is another spin-off. Atlus revealed the Arc System Works 2D fighter Persona 4 Arena Ultimax will show up on the Nintendo Switch, PS4, and PC. People will be able to pick it up on March 17, 2022. This comes after people noticed another Steam listing showed up for an upcoming Atlus game.

Persona 4 Arena Ultimax is a fighter that picks up after Persona 4 Arena and the events of Persona 4. In addition to members of the Persona 4 cast, Persona 3 people show up. Aigis, Akihiko, Elizabeth, Junpei, Ken with Koromaru, Mitsuru, and Yukari are there. There’s also the original characters Labrys and Sho Minazuki. DLC made it possible to use Adachi, Marie, and Margaret.

This is the English trailer for the remaster.

Here’s the Japanese trailer for this rerelease.