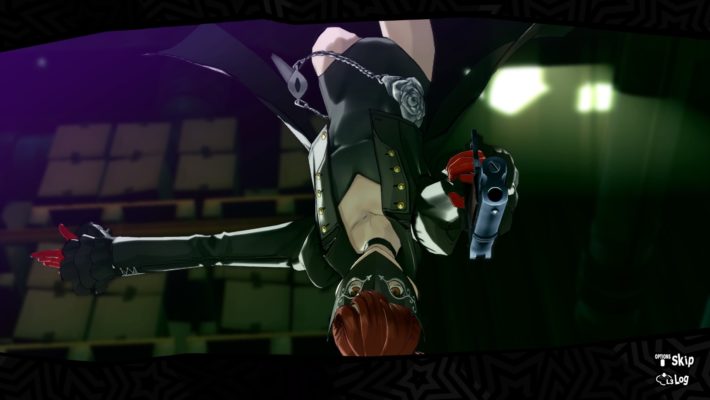 When it comes to adding entirely new characters to an existing game, it could be quite a challenge. People are accustomed to a certain sort of storyline. You have to wonder how a developer will find a way to work someone new in or what role they should play. With the Persona 5 Royal Kasumi Yoshizawa debut, Atlus decided to take a risk. They introduced a heroine who would be interwoven into the storyline completely, from beginning to end, with new events that would make it seem like she really was there all along. It works, and a big part of the reason why it works is because of who Yoshizawa is and everything she’s going through.

Editor’s Note: There will be no Persona 5 Royal Kasumi spoilers below. 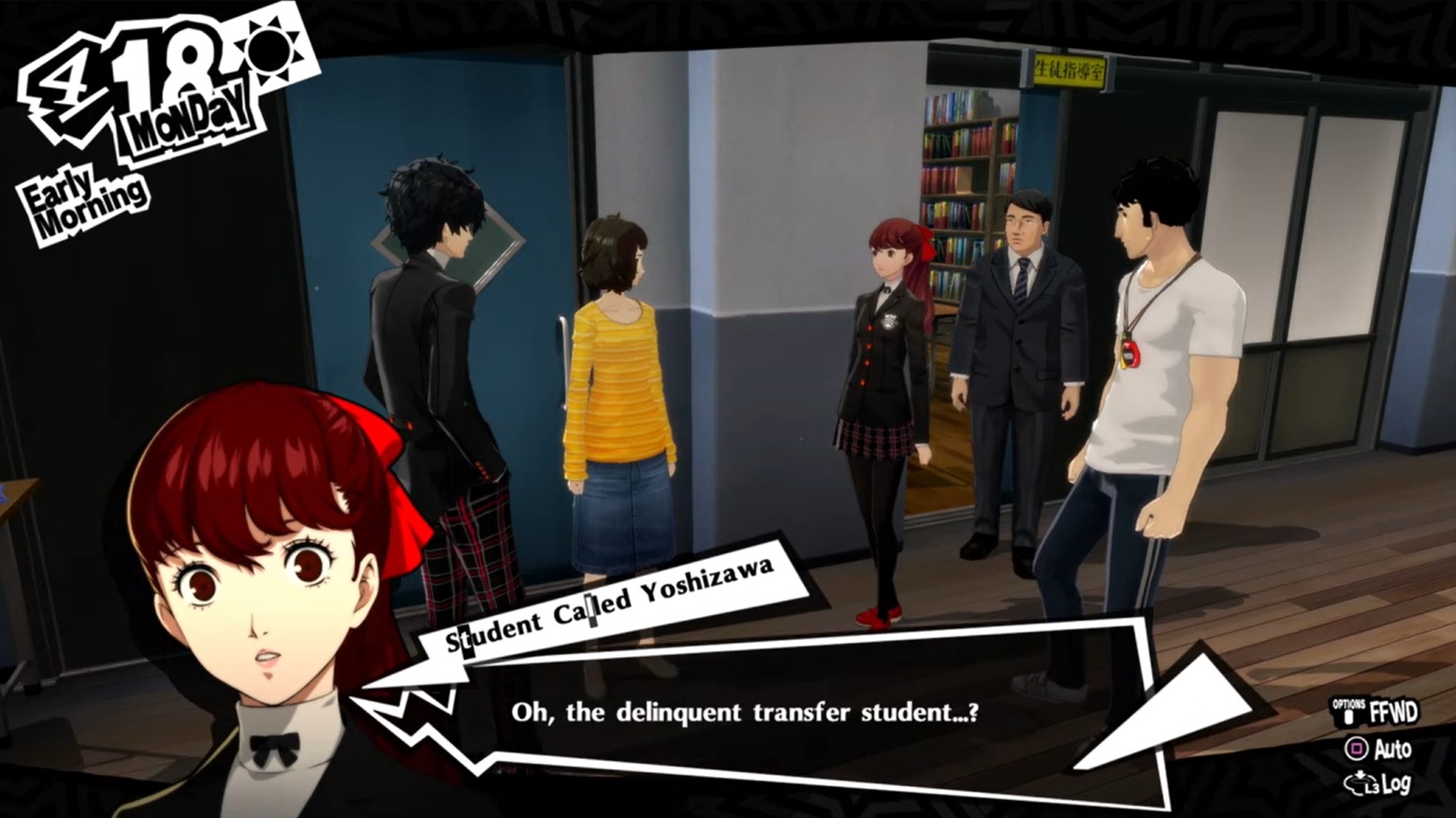 Even before you meet her, Yoshizawa ends up influencing Joker and the player. In the game’s introductory segment, it hints that she’ll play a major part, as her and Joker made a promise. But, it also suggests she doesn’t exactly condone of the Phantom Thieves’ behavior, as she points out she isn’t one of them. We see this idea mirrored in Joker’s earliest days at Shujin. They are two ships passing in the night. They are friendly and sociable with one another, but Kamoshida points out how she shouldn’t associate with “him.” We’re presented with the idea that Yoshizawa is a good girl, one who’s somewhat idealized and favored.

But while this idea is put forth, Persona 5 Royal is very good at showing what this kind of favoritism and treatment can actually look like and showing all sides of this sort of experience. After all, this installment especially is about dispelling first impressions. Joker comes in as a delinquent, misjudged by everyone because he did the “right” thing one evening and was made the villain for it. It only figures that the heroine brought in as the perfect girl would really be going through a very different experience. After completing Kamoshida’s palace, we get to really see and spend time with Kasumi and realize that favoritism doesn’t mean she’s everyone’s golden child. Classmates would see her and gossip. Especially if she’s around Joker. She’s a target for critique. 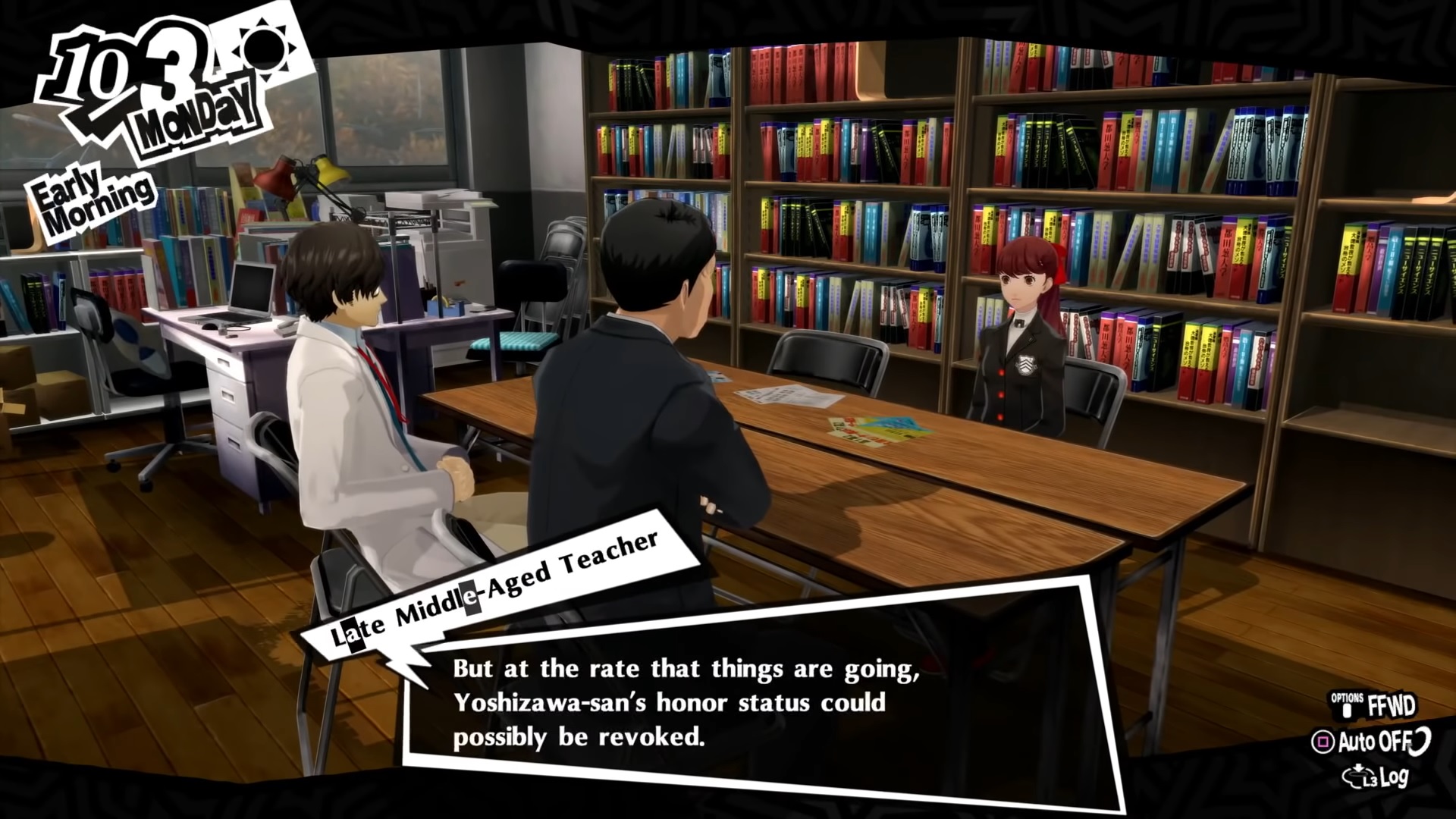 But in Persona 5 Royal, Yoshizawa’s role isn’t even guaranteed. The more time we see her and spend with her, the clearer this comes through. She’s working hard to place and excel as a gymnast among people her own age and older as a first year with a reputation for being quite skilled. She’s known as being an A student. Except by October, she’s at risk of losing her honor student status because she only managed to receive “third-place.” She’s suddenly considered “not special enough” unless she can get first. So even though she’s good, in some cases even exceptional, the same people who were putting her on a pedestal knocked her off of it in the hopes of “making her better.” Even when a professional says it will have the opposite effect and make her more anxious and hurt her mental state.

Most identifiable is that Yoshizawa’s biggest critic is herself. She’s dealing with a loss. She’s a new transfer student at a school and expected to be one of its stars. She was hyped up. But even though we’ve seen her putting on a happy face, we already are well aware that she’s depressed. Joker knows she goes to a stadium when she’s down. Dr. Maruki is working with her. But the idea of her being “the Kasumi Yoshizawa” is a huge burden to bear. And when her awakening comes, we see how she’s internalized all of this. She knows exactly how much is expected of her, how she’s falling short, and the weight bearing down on her. 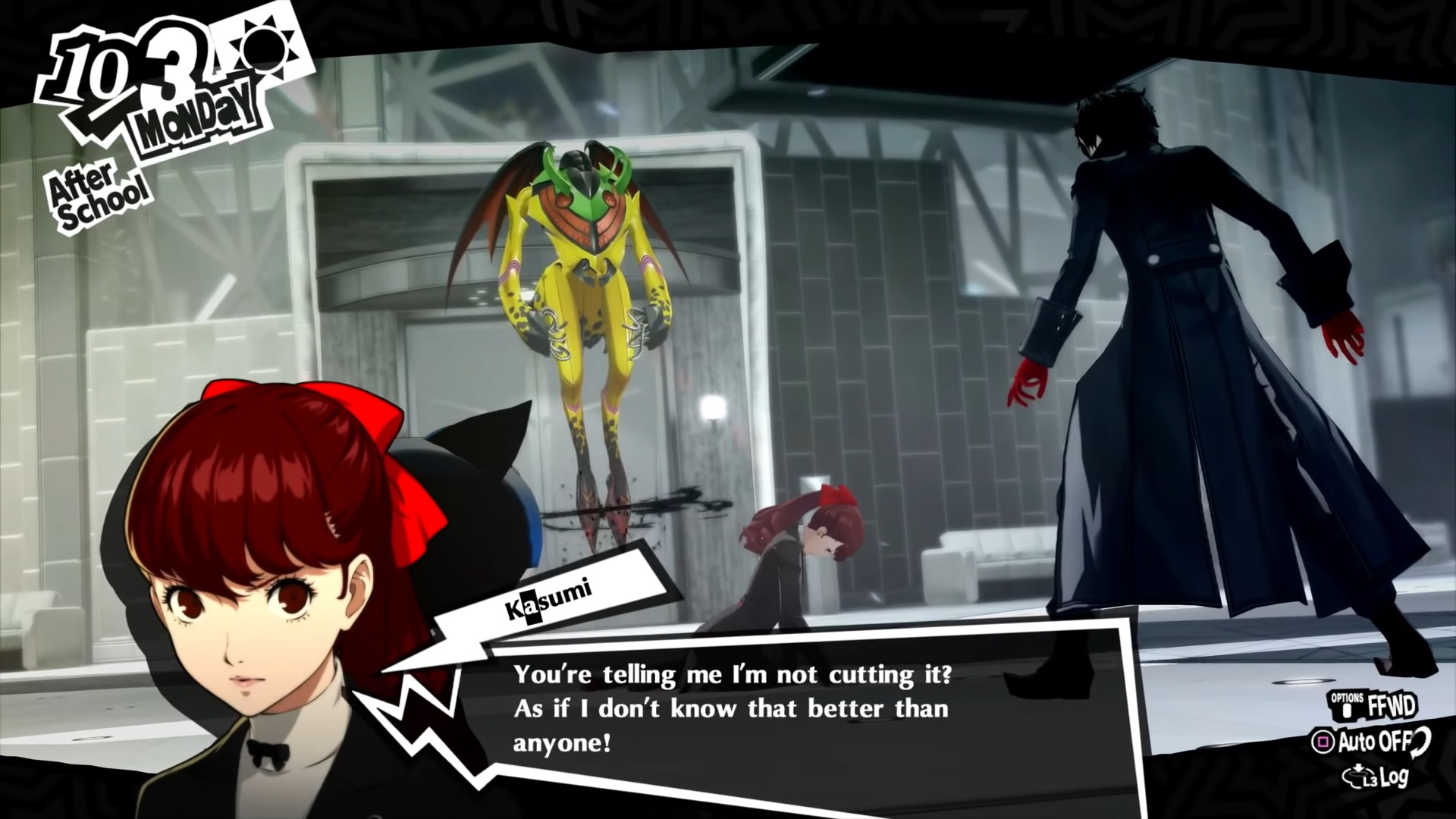 Which honestly, is something people could be going through every day following Persona 5 Royal’s debut. We’re all in extraordinary circumstances in 2020. It means a lot of time left alone, being confronted by our own biggest critics: ourselves. Especially since circumstances beyond our control can mean falling behind at school, work, or in our relationships with other people. We can’t keep up. And since we’re isolated, the negative voices might weigh more heavily.

And so, Persona 5 Royal’s Kasumi ends up being someone we might find ourselves identifying with. She’s a person dealing with extraordinary circumstances and pushed to do exceptional things, even while dealing with things like anxiety, depression, and grief. But even though this is all going on, she’s expected to be all business as normal. This attitude and handling of her storyline, especially as people get closer to the reveals about her and her circumstances, help make both the character and this version of the game more compelling.

Persona 5 Royal is available for the PlayStation 4.