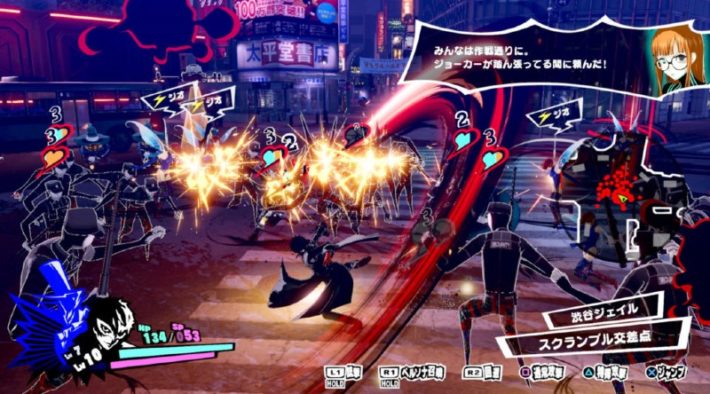 Atlus is getting ready to release Persona 5 Royal in the west, but that’s not the only Persona game floating around in the JRPG pond. Persona 5 Scramble: The Phantom Strikers has already launched in Japan for the Nintendo Switch and PlayStation 4. Fans are wondering why a localization hasn’t been announced yet, especially considering Scramble is a sequel, and Atlus already has more games on the way. An answer to that question could be coming soon, if a survey for Persona 5 Royal players asking about it is any indication.

This news comes from Persona Central, an outlet dedicated entirely to Persona and other Atlus releases. It tweeted a screengrab from a survey Atlus West has been shooting out, specifically to Persona 5 Royal players. The survey has several questions pertaining to the hit series, but one question in particular is getting the online chatter going.

The Persona 5 Royal Player Survey includes a question asking users how interested they would be in buying Persona 5 Scramble: The Phantom Strikers if it were released in the West. #P5S pic.twitter.com/CKq5gyWzku

The question simple asks, “How interested would you be in purchasing Persona 5 Scramble: The Phantom Strikers if it were to be released in the west?” There’s a five-point scale anyone taking the survey can answer with. Presumably, Atlus is collecting this data for a reason. There’s no way to know what those reasons are, but people can make educated guesses.

Persona 5 Scramble already came out in Japan on February 20, 2020. Video game releases take time to set in motion, so it would be odd if Atlus West is still deciding whether or not to release the game in other regions. If the localization is already in motion, this could be a metric for measuring marketing efforts, or maybe Atlus West is actually treading water on publishing a Musou game. Either way if you have a preorder for Persona 5 Royal set, keep an eye out for this survey in your own email inbox.