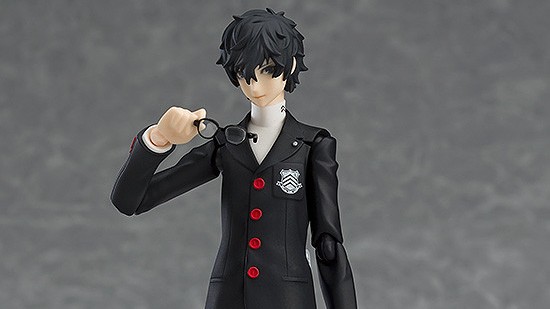 Following the Persona series 25th anniversary celebration announcements, Good Smile Company announced it will re-release its Persona figma figures of the three most recent protagonists. The Persona 3, Persona 4, and Persona 5 leads’ figures will all return in 2022. People in Japan can get them in July 2022. They will show up in North America in September 2022. Each one will be ¥7,000/$70.99.

The Persona 3 Makoto Yuki figure will come with all of his SEES accessories. He’s in his school uniform, complete with arm band. He can wield his Evoker, to summon one of his Personas, or a sword. His mp3 player is around his neck, however he is not wearing headphones. This will be the fourth time he’ll be available, as Good Smile Company released it in April 2017, January 2019, and July 2022 as well. 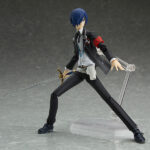 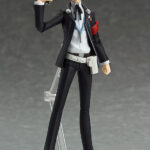 The Persona 4 Hero figma figure comes with parts for both him and the Aigis figma. He is based on Yu Narukami’s appearance in Persona 4 Arena Ultimate. You get him, a Persona card, a pair of glasses he can wear in case he heads into the Midnight Channel, and a sword he can wield. The Aigis parts allow her to look like she’s performing a suplex. People also get an alternate jacket part when pre-ordering directly from Good Smile Company. This will be the third time this figure will appear, as the company also sold it in September 2019 and July 2022. 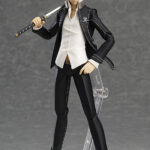 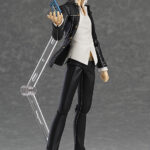 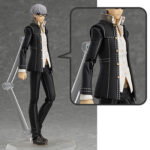 Finally, there’s the Persona 5 Hero figma of Akira “Joker” Kurusu in his school uniform. (There is another one of him in his Phantom Thief attire.) He comes with a cell phone, Morgana in his cat form, a bag he can carry Morgana in, and a pair of glasses. This will be his third appearance as well, as this figure was also sold in July 2018 and July 2022. 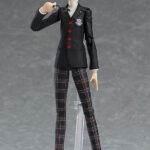 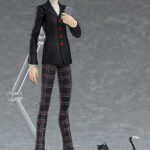 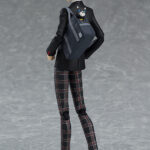