In 2010, WaterMelon Games released its 16-bit RPG Pier Solar and the Great Architects on the Sega Genesis. It was the first original game released on the old console in over 10 years, and WaterMelon also claim that it is the biggest 16-bit game ever made.

There was plenty of excitement around Pier Solar and the Great Architects, but not all of those who wanted to play it could, as it was only available on the Genesis. So WaterMelon decided to make a HD port of Pier Solar for modern systems.

Siliconera was able to catch up with WaterMelon’s president  Tulio Gonçalves to talk about Pier Solar’s long and hard road to release, starting from the game’s origins in a forum a decade ago, way back in 2004, to the game’s release a couple of weeks ago.

Gonçalves talks about the hard lessons the team learned after working on a Genesis game, and what it’s like porting one to so many modern systems. He also discusses how he thinks Pier Solar has obtained its own identity while being a tribute to classic RPGs such as Phantasy Star, Shining Force II, and Chrono Trigger.

The discussion finishes up with a chat about how Pier Solar HD has been praised and critiqued since its release, and then we look forward to the two new projects that WaterMelon will be delivering to us next. 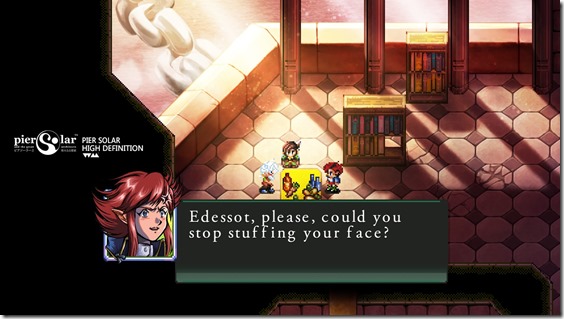 First off, what’s the origin story of how Pier Solar came about?

Back in 2004, there used to be a message board named “The Tavern” in a website named Eidolon’s Inn. A lot of video game enthusiasts used to hang out there, mostly to talk about old systems with a focus on Sega. Very special people were members on these forums such as the Authors of the most known Genesis/Mega Drive emulators such as Stef from Gens and Steve Snake from Kega/Fusion.

With all this knowledge of the system lurking around we started to grow the idea of using it to make a game, and that’s how “Tavern RPG” began. Down the road we decided to open the game up for all audiences and that’s how it turned into Pier Solar with a complete story rewrite.

Initially it was to be a Sega CD game but as it proven to be too difficult to work with, we ended up releasing it as a cartridge and innovating on allowing it to play the music from a CD if you had the add-on. We released the game in 2010, and in 2012 we decided to give it a try on Kickstarter for the HD + Director’s Cut version. We were successfully funded and here were are now, releasing the game to the modern platforms.

What were the biggest things you learned while creating a game first-hand for the Sega Genesis? Did you struggle with the limitations of the hardware?

We learned lots and lots of things, from the software design to the game design as well. Regarding the software, we had to deal with limitations of the system such as the graphics, limited amount of colors, etc… it was a challenge when designing the maps for example, because our design is less conventional than most Genesis RPGs where most places seems to follow more order and symmetry.

Designing the music and sound driver was also a challenge because, unlike modern video games, to make music on the Genesis is not a straightforward record and play like most people think, we needed to design a driver, all the instruments and all the tools to put the music together. We learned a lot about that, too.

And finally, learning about game design as a whole, ranging from how to select the right people to what to do first and last. A lot of delays could have been avoided back then if we had the experience we have today, but in the end we learned our lessons and we’ll carry this baggage into the future projects. 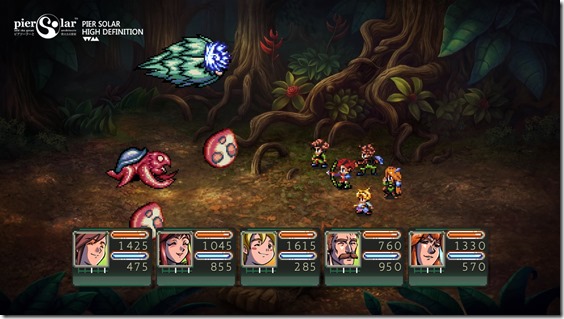 What games did you take as an inspiration for Pier Solar, and how did you ensure that the game had its own identity among 16-bit RPGs?

Most of our inspiration came from RPGs for SEGA systems such as Phantasy Star, Lunar, Shining Force II, and Albert Odyssey, but also from some SNES games such as Chrono Trigger. It’s important to observe that Pier Solar was meant to be a tribute to those games, and therefore the amount of clichés is big.

But I think Pier Solar gains its own identity because those games I mentioned are all Japanese RPGs, and as much as we wanted to make it as Japanese as possible, it was made by westerners which, unavoidably, have a different approach to story telling and dialog writing.

I think the most important thing is that we did our best from our hearts and we wanted to honor the games that paved the way that brought us here today. We brought some different mechanics regarding battles. I think, put together, all the mechanics and story telling in Pier Solar gives it its unique identity.

The combat system of Pier Solar has been cited as one of its freshest features so could you give us insight as to why that might be?

It starts with the gathering system, which not only allows you to build up energy to make stronger attacks but also allows you to share your energy with an ally and give it an interesting strategic element.

There’s also the adaptive enemy levels that seeks to bring a consistent difficulty throughout the game. We brought definite meaning to moving characters back and forth on the battlefield, and also the more efficient Defend function which raises the chances of counter attack up to 80%.

What did you add and change in the HD version of Pier Solar? Plus, how did you balance retaining the game’s retro game origins with more modern features?

Pier Solar HD is not a remake, so in essence it remains the same game as in the Genesis with a few additions. The main obvious addition was the HD graphics, which was a design choice, was mixed with some of the original pixelated elements with full HD graphics, giving it an unique aesthetic.

Then comes the story updates which are putting back elements that were cut out of the Genesis version since we had to fit it all in the cartridge size. the story was updated a bit to close some loose ends reported by players of the Genesis version. All in all, there are new locations, new bosses, new side quests and new mini-games. 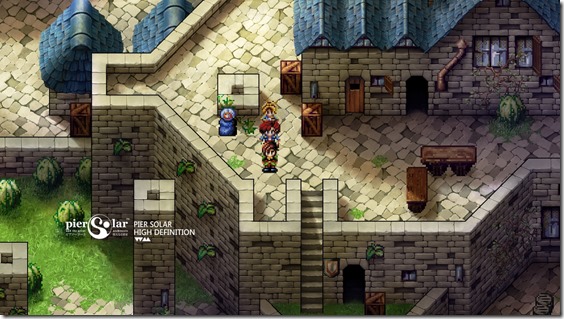 How did you manage to organize bringing Pier Solar HD to so many different platforms at nearly the same time? Surely multiplatform development on this scale isn’t that easy these days, is it?

We started to design our own engine for games in new platforms in a very flexible way. Adding new platforms adds, in essence, one to two weeks of development, which is not expensive on the budget.

The hardest part is the certification process because each platform has a different set or requirements, but all consoles are very thorough and demanding. So, in that position, managing all platforms is very complex and consumes a lot of time and energy. But even with a tiny team we managed to get through, and we’re excited to use all this new experience to leverage the future projects.

How has the release of the HD version gone do you think? I’ve heard there are a few bugs. How’s the reception been?

On PC there will always be bugs because it’s technically impossible to test all the vast variety of hardware out there. The console versions are stable and fine. Any problem that we find we’ll definitely patch. We’re open to listening and WaterMelon’s policy of staying close to the customer will always be with us.

The reception varies, according to the taste of the reviewer. One YouTuber reviewed it as his personal favorite game of all time, and another website went to praise Pier Solar on a similar fashion. Other reviews aren’t as complacent and point out things we could have done differently.

I think we learned a lot from all the reviews and I believe most unfavorable points are due to people confusing a port with a remake. If we were to remake Pier Solar it would have taken a few more years and would have turned out much differently in order to adhere to modern RPG standards.

We did a port of Pier Solar mainly to attend the numerous requests of getting the game on a modern system so that people without a Genesis could play, and added the new features as a bonus, but it is meant to be what it is today: A Genesis game ported to modern systems. 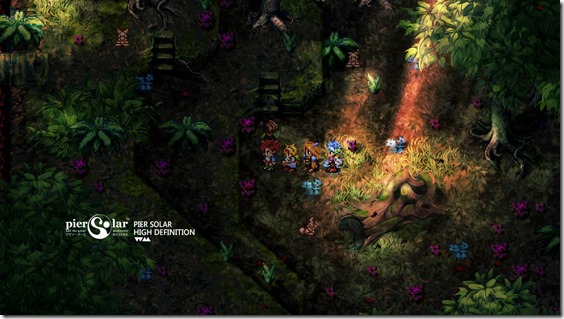 WaterMelon has a “Project Y” and a “Project N” listed on your website. Is this what you’re working on next, and could you tell us a bit about each of them?

“Project Y” and “Project N” are born of our Magical Game Factory which is the core of the WaterMelon community. We listened to the voices of the players and designed the game based on their choices.

Project Y is a beat ’em up with story elements that is set on a post-apocalyptic cyberpunk environment. It’s built with heavy influence from Streets of Rage and Final Fight.

Project N is an adventure game set in a peculiar 18th century environment with cross-overs from many myths and stories. It’s a fantastic journey of that seeks to bring the best out of the SNES.