Puella Magi Madoka Magica: The Battle Pentagram has players fight witches and the triangle button works magic. Press it to do a basic attack like using Madoka’s bow or a Beretta shot if you’re Homura.

If you press triangle while dashing you’ll do a dash attack. All characters also have magic attacks (d-pad + triangle), a step attack (Mami does a Moonsault Kick), and two kinds of aerial magic spells. For example, if Sayaka is ascending she does an Aerial Stinger, but if she’s falling her mid-air attack changes to Spark Edge.

The square button is for special magic. These spells consume MP, but they are stronger than regular attacks and become even more powerful when you level up. Here’s a look at those attacks: 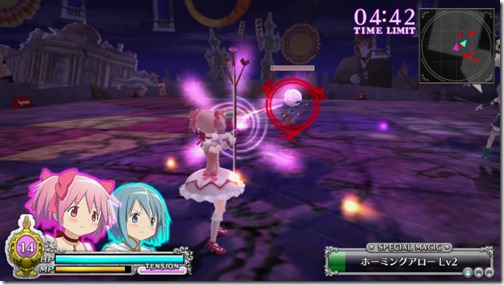 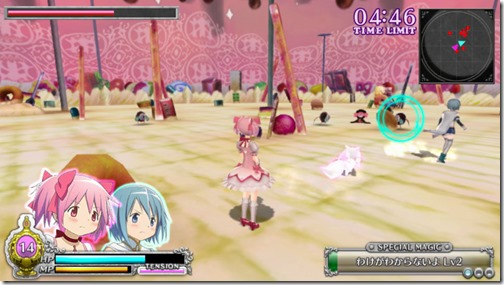 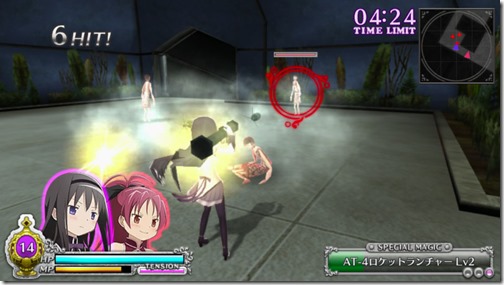 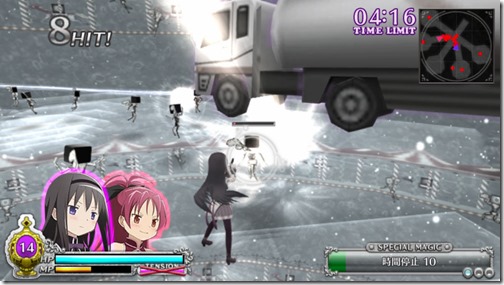 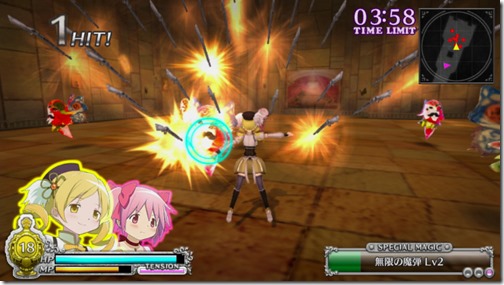 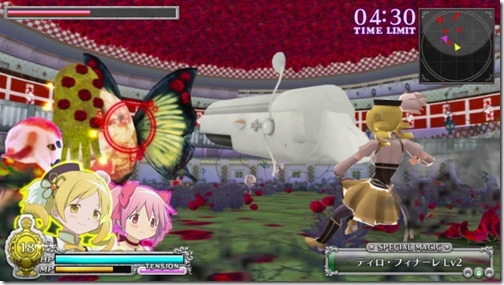 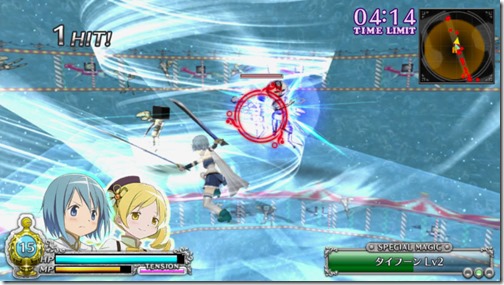 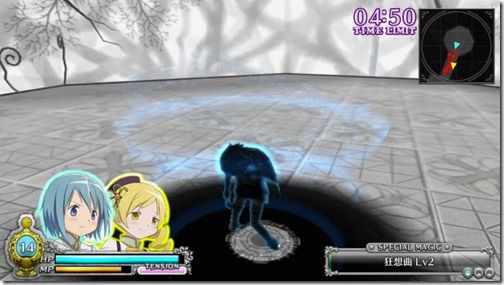 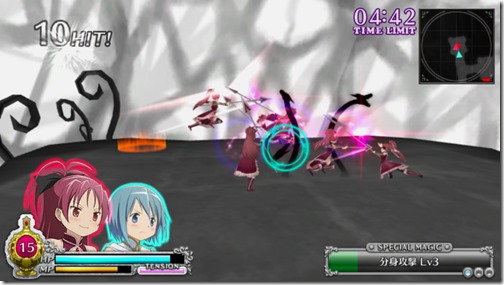 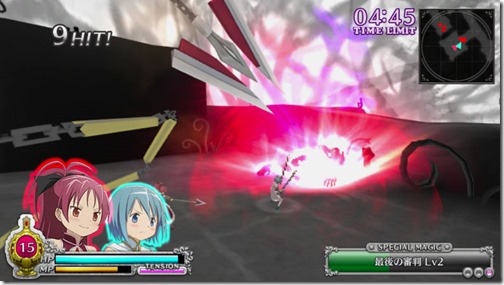 The most powerful attack is combination magic. You can gain these spells when you increase your bond with other characters during daytime. Madoka and the other magical girls only have to fight witches at night. Bond levels also increase how often your partner character will come to your aid if your character is hurt during battle.

The limited edition includes a code that adds five extra costumes to the game. Puella Magi Madoka Magica: The Battle Pentagram comes out on December 19. 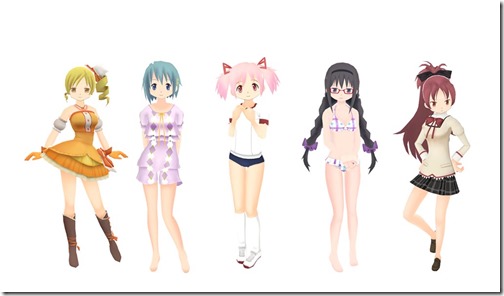