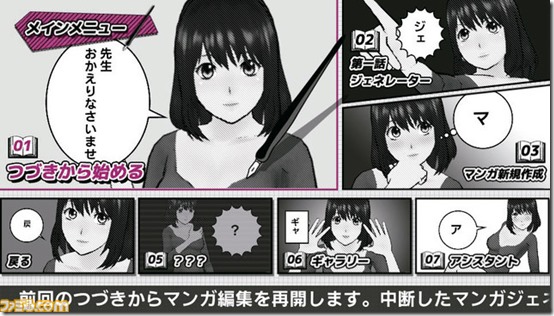 The PlayStation Vita is getting a new downloadable manga-making software called Manga ka keeru, made by Granzella, former developers from Irem, who worked on titles such as Disaster Report and Steambot Chronicles. Famitsu gives us a look at the Vita manga maker. 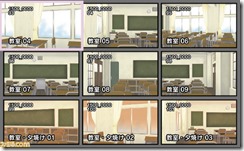 Once you start, you’ll have blank frames, or koma, in the Manga Edit Mode. It’ll prompt you to start out by choosing which characters will appear in the manga. Next, you can place backgrounds, speech bubbles, effects and more.

Additionally, there are other editing options like changing the thickness of lines, and fine tuning the size of certain parts of the characters, so you can basically customize the drawings to fit your style or to give it a little more personality. 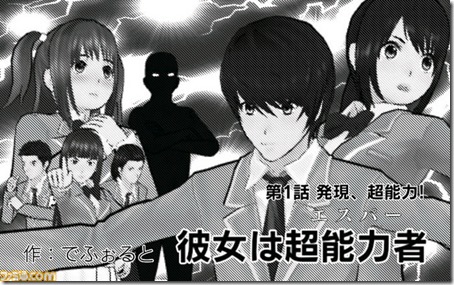 While drawings are important in manga, the stories are also a big factor, as they both go hand in hand. In the “Chapter 1 Generator Mode,” you’ll get to play a visual novel-style game tat lets you make a manga story from scratch.

There are four different genres to choose from, and the stories can then be edited in the Manga Edit Mode, so if you’re not sure about where to start, this could be a good way to help exercise your creative muscle. 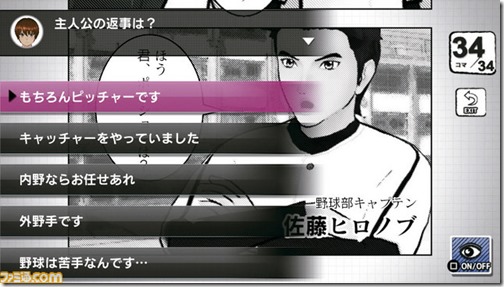 To give you an idea on how it works, the above picture asks what would you like the protagonist to reply with, which ranges from different answers like “Of course I’m the pitcher,” to “I suck at baseball”.

Manga Ka Keeru will release in Japan sometime in November for PlayStation Vita.