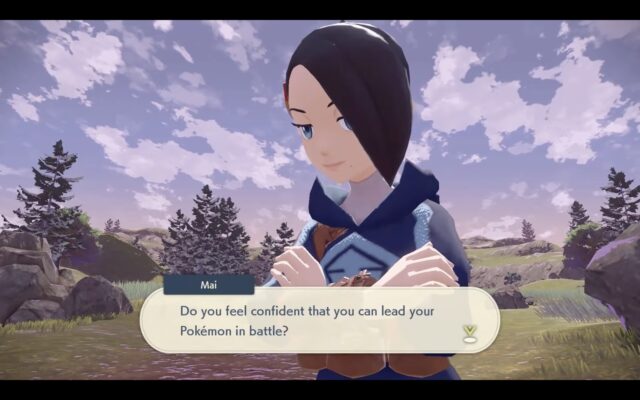 There’s a new Pokemon Legends: Arceus trailer, and it focuses both on human characters and Pokemon. The video begins with some characters we’ve already met, before moving on to entirely new reveals.

From there, some of the Pokemon Legends: Arceus Warden characters are introduced. The first duo is Mai and Munchlax. After that, Iscan shows up. Then, people get to meet Lian. Lian mentions the new Pokemon introduced in this video, Kleavor. Then, there’s the enthusiastic Arezu.

The video shows off Jubilife Village after that. It’s a place to shop. This means getting character customization items and things you’ll need to explore the world.

Things close out with a look at Frenzied Pokemon Nobles in Pokemon Legends: Arceus. That’s when we see the bug and rock type Kleavor for the first time. It has axe-like arms that are actually made of stone.

Pokemon Legends: Arceus will launch on the Nintendo Switch on January 28, 2022.