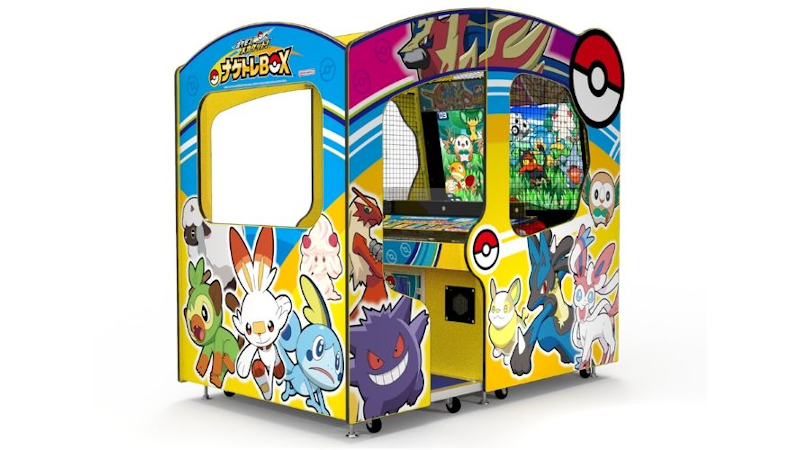 The Poke Ball-throwing arcade game Pokemon Mega Get will have a new cabinet with quality-of-life improvements. Bandai Namco has revealed a new Nagetore (Throw [and] Take) Box cabinet that it will formally release in October 2022.

The first iteration of Mega Get appeared in 2016, with the roster covering up to the sixth-generation Kalos region. Bandai Namco has since updated the game to add newer Pokemon from the seventh-generation Alola and eighth-generation Galar regions.

The new Nagetore Box cabinet will bring many quality-of-life improvements to the arcade game. The box will come with a bench so that players can enjoy the game while sitting. It will also have a larger screen, increasing from 32 to 43 inches. The more closed environment will make the balls less likely to stray far away. Other friends and onlookers can also observe and record videos more safely.

Bandai Namco will formally release Pokemon Mega Get: Nagetore Box for arcades in Japan in early October 2022. Several Namco arcade centers have been provided exclusive early access to the new cabinet since September 2022.