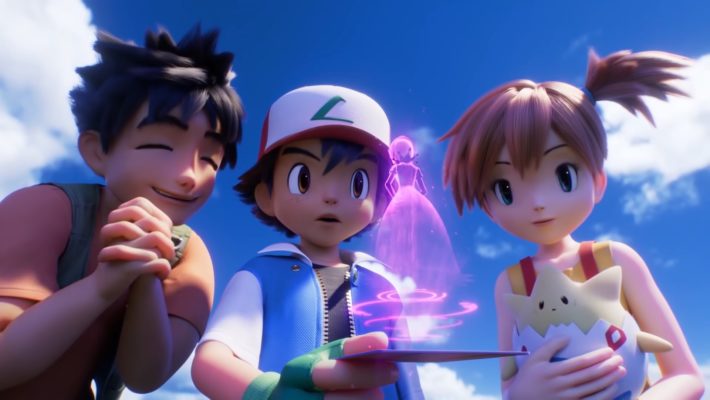 An exclusivity arrangement has ended. This time, it doesn’t have to do with a game, though. Rather, the Pokemon: Mewtwo Strikes Back—Evolution Netflix exclusivity period has expired. Instead of only being available there, people can now also turn to Amazon, Google Play, and iTunes as other options for watching the movie.

Pokemon: Mewtwo Strikes Back—Evolution is a remake of the original Pokemon the Movie: Mewtwo Strikes Back. Instead of 2D, it is the first 3D CG movie. We get to see Ash, Brock, Misty, Pikachu, and Squirtle as they go on adventures together and end up getting a chance to face the “greatest trainer in the world.”

In case you missed it, here’s a video showing how all of the characters look in 3D. You can even see Jessie, James, and Meowth in the latter half.