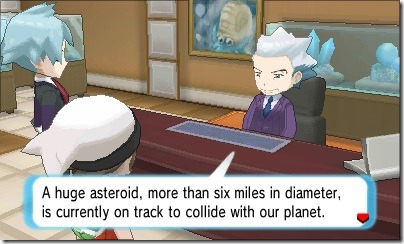 Note: While we’ve tried to avoid major story spoilers, there will obviously be some mild late-game spoilers for Pokémon ORAS below. This article is meant for those that wish to read about or discuss the post-game content in the games.

Congratulations—you are now the Pokémon Champion! After a hard and grueling journey, you have finally achieved your goal and stand at the pinnacle of Hoenn. Your Pokémon have been recorded in the Hall of Fame, and after a long, relaxing journey back home, you head to bed in Littleroot Town.

But, without time for a breath of fresh air, the words “To Be Continued” appear as your room fades away.

The Delta Episode in Pokémon Omega Ruby and Alpha Sapphire features an all-new story, complete with new characters, new lore, and Pokémon only obtainable here (unless you’ve played previous generations). A meteor is on a crash course with the planet, and everyone has to work together to find a way to divert it. Though Steven and Professor Cozmo put their best effort into crafting together a solution, a girl named Zinnia continually trips their efforts up, claiming that there’s more to the world and its history than anyone knows and that their tactics will just cause more tragedy. 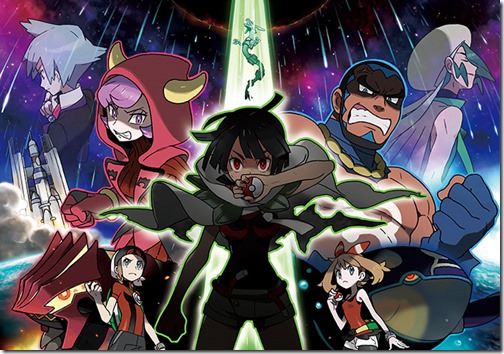 Although I found the transition to this postgame episode extremely sudden (I just saved the world once! And I already have to do it again? Already?!), this short story is a hidden gem in storytelling. I feel that the new characterizations of the various characters and new events are merged exceedingly well with the original content of Ruby and Sapphire in its remake. In fact, I feel that Omega Ruby and Alpha Sapphire is home to some of the most nuanced characters in the Pokémon universe thus far. They’re all quirky as characters are wont to be in Pokémon games, but rather than just seeing characters as nothing more than their traits as I have often previously done, I found myself empathizing with almost everyone. As an added bonus, their histories intertwine closely with the background information from the original games, some tweaked, some kept intact.

Episode Delta takes this concept and goes one step further. We see loose ends getting tied up with your defeated antagonists. We see hints to future events that are referenced in Pokémon Emerald. We see major links and references to other regions and other Generations entirely. For the first time, I feel like I am playing a game that belongs to a universe rather than isolated events that happen and stay in one region or time point.

In addition, although Episode Delta is much less subtle than the rest of the game, Omega Ruby and Alpha Sapphire do a good job overall in telling its message. Gone are the days of “Friendship is power!” Instead, the theme and conflicts the characters go through feel more mature, as is the message Omega Ruby and Alpha Sapphire tries to convey. I mean, Steven Stone is still reciting exposition, but he is nowhere near as blatant as your companions were in X and Y. 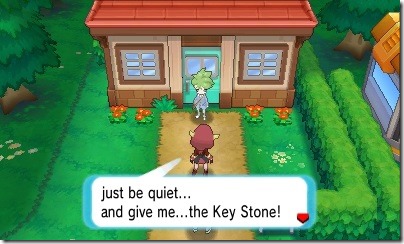 The one part that suffers slightly in this extra story is the gameplay. Because no new areas to explore are unlocked postgame, I found myself flying back and forth between many different areas just to do a few tasks before heading back to the Mossdeep Space Center to get my next task. However, the story and discoveries are well worth it, and Sky Pillar more than makes up for it. The battles here are some of the most grueling in the entire game, which took me by surprise.

Although Episode Delta can take just a couple hours to complete, it is astronomical in its impact on the Pokémon series, and it was amazingly satisfying to complete. Not only did it provide closure for most events in Omega Ruby and Alpha Sapphire, it succeeds more than ever before in making me feel like a new chapter is beginning.

1. I personally did not like Zinnia a lot, but I think her most similar non-Pokémon counterpart personality-wise is Milla from Tales of Xillia.

2. Bring lots of Ultra Balls before heading up Sky Pillar. Or not, since I was either extremely lucky with the two Pokémon I had to capture or the Legendary catch rate is back up again. The reason I note this is that this is very much, absolutely, 100% without a doubt not the case with the rest of the game. Moral of the story: buy lots of Balls anyways.