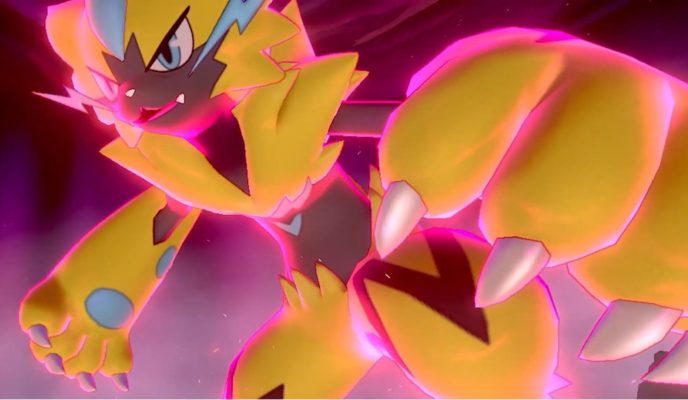 Pokemon Sword and Shield Zeraora Max Raids are about to begin. Folks will have a chance to fight the new (to the game) Mythical Pokemon immediately. But even better is a special event that will run until June 28, 2020 and give people a chance to actually get a shiny Zeraora.

Here’s what’s going on. Standard Pokemon Sword and Shield Zeraora Max Raids are immediately running. All you need to do is update your Wild Area by choosing Get Wild Area News to make sure it begins showing up. Then, you can fight it. However, you can only fight and defeat it. You can’t catch the Zeraoras showing up in Raids.

The only way you get a Zeraora is if one million people take part in and defeat it in these Max Raids. If that happens, then people who use Pokemon Home and Pokemon Sword and Shield will get the shiny version.

Bear in mind it must be the mobile version of Pokemon Home if you want the character, as that’s where the shiny Zeraora will be gifted to players. Once someone has it in there, then it can be sent to their copy of Pokemon Sword and Shield. 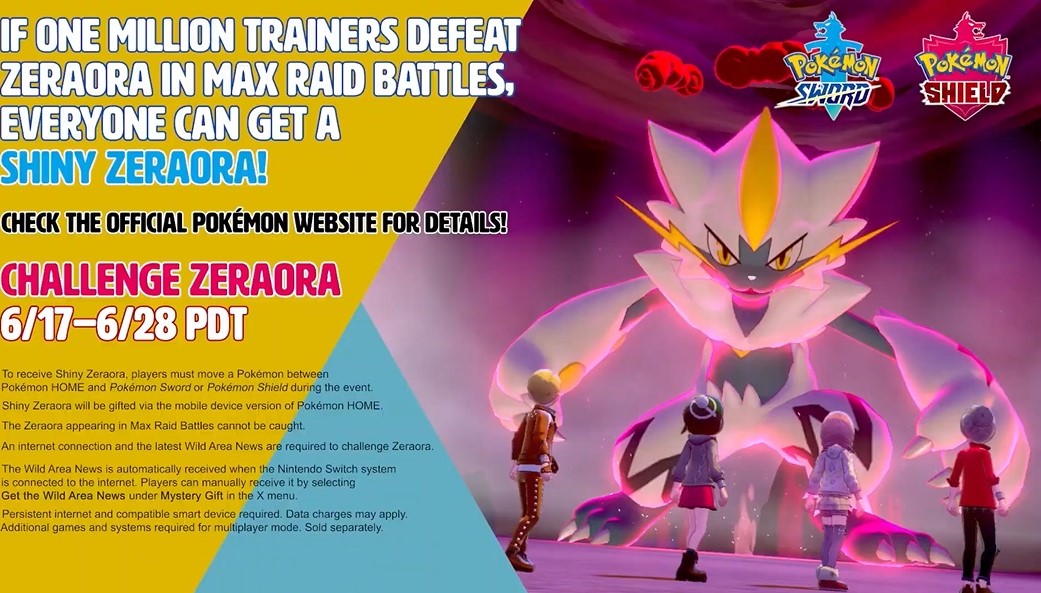